What Is DAB Radio? The Complete Guide for 2021

Despite the rise of streaming, radio is far from dead. In fact, it’s actually healthier than ever- all thanks to DAB radio. Freed from annoying static and the limited number of AM and FM stations available, digital technology has brought the humble radio well and truly into the twenty-first century. Let’s take a closer look at how this tech works, the benefits it brings, and the features to look out for when choosing a model for yourself! 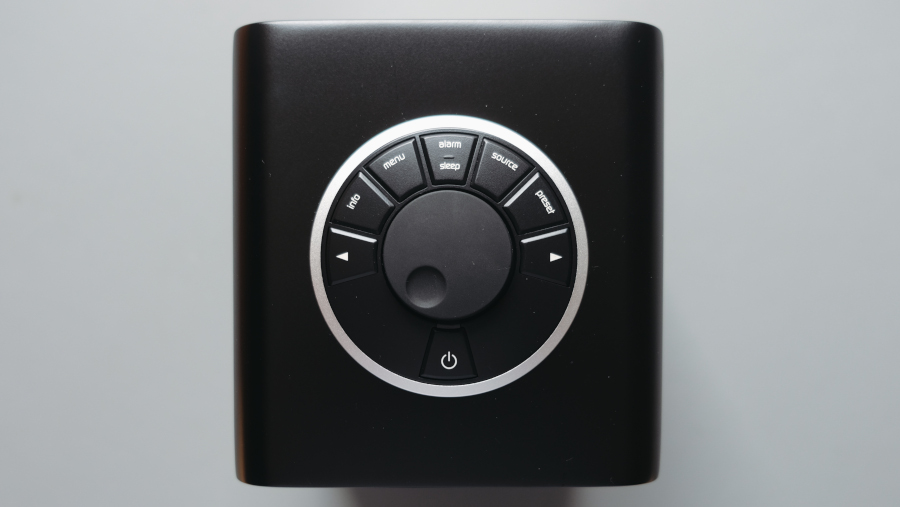 How does digital radio work?

As you probably already know, FM radio is sent out as a transmission on a particular frequency. Each station is only given a very narrow frequency, so they don’t overlap and interfere with each other. If you stray outside that frequency, you'll quickly be met by a wave of static. DAB radio, though, works in a very different way. The digital transmission is made up of a string of ones and zeroes. Since there are no frequency bands to stick to, that same signal can be sent out multiple times. This means that your radio has more chances to pick up the signal- making DAB radio far more reliable than its FM counterpart.

More than that, though, the way DAB signals are sent brings some extra benefits, too. For one thing, the wider band means that stations can send out additional information along with the song. This includes things like the name of the show and song that are currently playing- especially useful if you like to pick up new music from the radio and don’t quite catch the track name at the end. DAB signals are also better able to work around obstacles between your radio and the transmitter, like large buildings, and they carry their own protection against transmission errors.

What are the pros and cons of digital radio?

Perhaps the biggest advantage of DAB radio is the sheer amount of choice it gives listeners. Instead of just a handful of FM stations, DAB opens you up to a world of choice. In fact, some of the UK’s most popular radio stations, such as BBC 6 Music, are digital-only. If you’re yet to take the plunge into digital radio, then you really don’t know what you’re missing!

Tweaking the tuner and remembering frequency numbers is a thing of the past with DAB radio. Flipping through stations is as easy as changing the channel on your TV. Not only does the screen tell you which station you’re tuned to, but it will even show you what’s currently playing. How handy is that!

Many DAB radios include additional features that will give you even more use out of them. For instance, some come with Bluetooth connectivity, so you can take control of the music. Others can hook up to your WiFi, to give you access to over 30,000 internet radio stations. Plus, you can also tune in to all your favourite podcasts, too. With so much to choose from, you'll never find yourself stuck for something to listen to!

In 2018, digital radio listenership pulled ahead of FM and AM for the first time. It seems certain that at some point in the near future, FM will be ditched entirely. So, if you love radio, don’t get left behind. Instead, get on board with the digital revolution today! 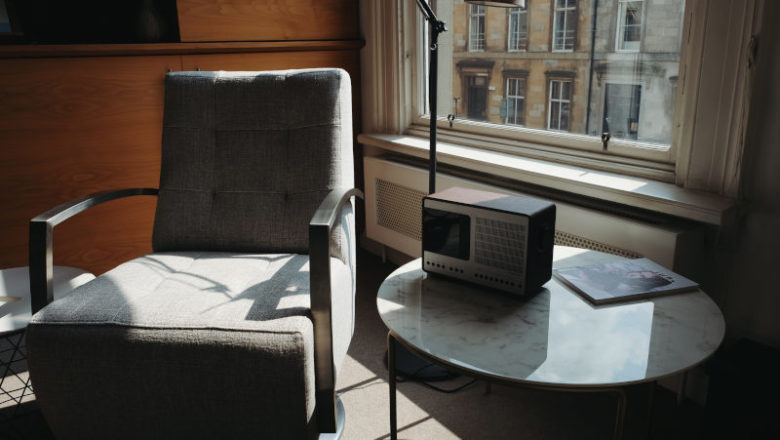 DAB radio was originally invented to try and cut out the problem of interference. Unfortunately, that didn’t work out quite as well as planned. DAB interference can actually be more irritating than on FM. Instead of crackling and hissing, DAB interference causes a gurgling noise. At worst, the sound may cut out completely- which can be very frustrating when it happens in the middle of your favourite song. Fortunately, we've written a guide on how you can eliminate these issues. For more info about DAB interference and how to fix it, click here.

The extra strength and features of DAB radios comes at the cost of higher power consumption. While this shouldn’t be a problem if you like to keep your radio in one place, it can be a pain if you like to take your music on the go. However, this is entirely dependent on the power source you use. DAB radios can drain rechargeable lithium batteries fairly fast. However, some models like the Roberts Blutune T2 are designed to be portable. While smaller than most units, they still provide excellent sound quality. Not only does their size help cut down on power consumption, but it also makes it easier for you to pop the radio into your backpack and listen on the go. Some larger models also have optional battery packs, to give you a decent amount of listening time before it’s time to recharge.

Unfortunately, there are some parts of the UK where DAB signal just isn’t very good. DAB signals, like AM and FM radio, are sent from a transmitter. While these transmitters do cover most regions, there are still a few blind spots. The Welsh mountains, the Pennines, and the Scottish highlands and islands all suffer from poor DAB signal- but luckily, there is a solution!

Nowadays, many DAB radios- such as the VQ Susie Q- also work as internet radios. Many more offer Bluetooth connectivity, so you can stream internet radio on your phone and play it from the radio’s speaker. Since internet access comes directly through your phone line, all you need is a stable broadband connection. With that, you can enjoy a virtually limitless choice of stations from across the globe- over 30,000 of them! 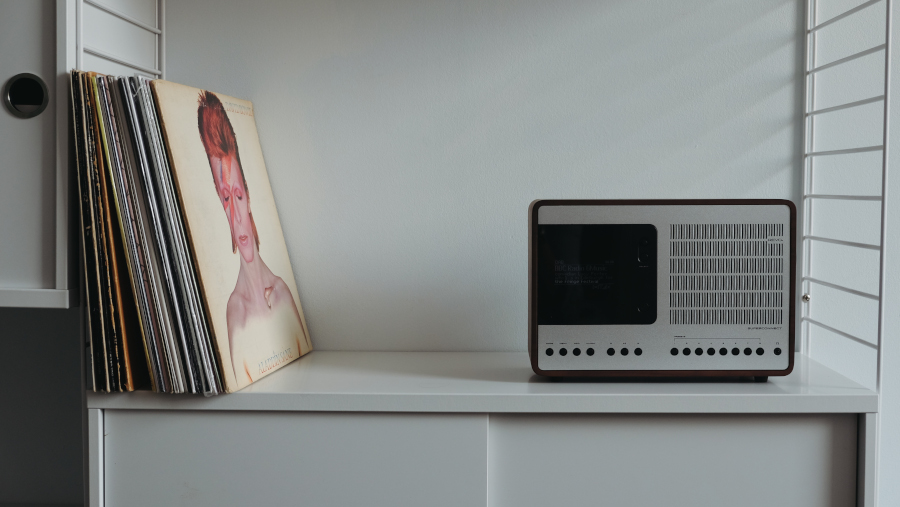 The UK government switched of analogue TV transmissions a few years ago. Now, the only option for TV is digital. Will we see a similar switchover when it comes to radio? The short answer is yes. But it’s unclear exactly when this will happen. There aren’t any concrete plans in place to make such a switch, but it is an idea that the government has been considering for almost a decade now. In 2017, Norway became the first country to ditch analogue FM radio in favour of digital. What’s more, in May 2018 digital radio listenership in the UK finally overtook AM and FM listenership. Before a switchover could be planned, this was the main criteria that had to be met. Now that it has happened, it’s safe to say there will be a move towards digital-only radio in the near future.

What Is DAB + Radio?

You might think that digital radio is a fairly new phenomenon, but it’s actually been around for quite a while. Test transmissions began back in 1990, before digital radio as we know it was launched to the public in 1995. Since then, though, the technology behind digital broadcasting has improved massively. DAB+ is being launched across many parts of the world to give listeners better sound quality. Currently, it hasn’t taken off in the UK just yet. Only a handful of stations broadcast this way, with the vast majority using standard DAB. However, it’s likely that more and more broadcasters will make the switch to DAB+ in the next few years. To make sure your new purchase is futureproof, keep an eye out for DAB+ functionality when choosing a DAB radio. Luckily, all the models that we stock come with this handy feature.

Unfortunately, not all DAB radios come with the ability to directly stream music from Spotify and the like, or listen to internet radio stations. Luckily, though, many of them do come with the option to connect them to other devices via Bluetooth. That means you can hook up your phone or tablet and stream away to your heart’s content. The vast majority of the DAB radios that we stock include this feature. Check out our top picks for the best DAB radios with Bluetooth here. 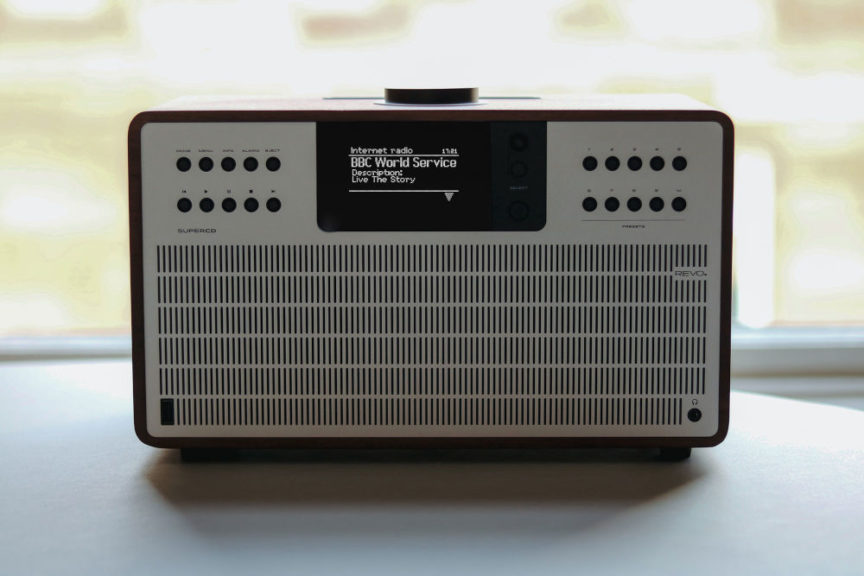 How much should I spend on a DAB radio?

As with any type of tech, DAB radios can very massively in price. At one end of the scale, budget models can be picked up for as little as £20. However, bear in mind that you do get what you pay for. These models generally lack any advanced features. What’s more, many of them don’t come with a screen, which makes the DAB radio much harder to use. More importantly, though, their sound quality leaves a lot to be desired. We have tested a number of budget DAB radios, and every time we have found that they are either tinny or muffled- far from the ideal listening experience. If you really want to enjoy all the benefits of DAB radio, then we would advise that you stay away from budget models.

At the opposite end, there are DAB radios that can cost thousands of pounds. Again, you do get your money’s worth. The audio quality on these tends to rival the most high-end hi-fi systems. In fact, many of them can work alongside these systems as part of a home entertainment hub. However, the sheer cost of these models will put them out of most people’s price range. What’s more, unless you are a hi-fi connoisseur, it’s unlikely that you’ll actually notice the difference between these DAB radios and more reasonably-priced models.

Between these two extremes, there are plenty of great DAB radios to suit anyone’s budget. For as little as £50, the VQ Retro Mini combines great sound quality with a stylish retro design, which makes it a great entry-level model. Alternatively, you might want to look at the VQ Monty, which is our current number one best buy. Not only does it look fantastic, but it also offers sound quality that rivals much more expensive models. What’s more, it’s also fully portable with the optional battery pack- so it’s a superb all-rounder.