The Geneva Touring XS is a pocket-sized Bluetooth speaker. It has plenty going for it design-wise, but how does it compare to other models? We put it to the test in another of our in-depth reviews; read on to find out how we got on.

As the name suggests, Geneva are a Swiss company, and their products live up to their country's reputation for precision engineering. The Touring XS is crafted from aircraft-grade aluminium, and it has surprising amount of weight to it for such a small speaker. It's still easily portable, though, and its size means it won't take up much space in your bag while you're out and about.

The main body of the Touring XS comes wrapped in an eco-leather casing, available in a range of different colours: red, white, and cognac (or orange, to most people). It's a refreshing change from most plain Bluetooth speakers, and it certainly makes for a stylish travelling companion. It lacks an IP rating, meaning it's not weatherproof or dustproof. It might not be the best choice for a day out at the beach, but it's sure to turn heads if you use it on the move. 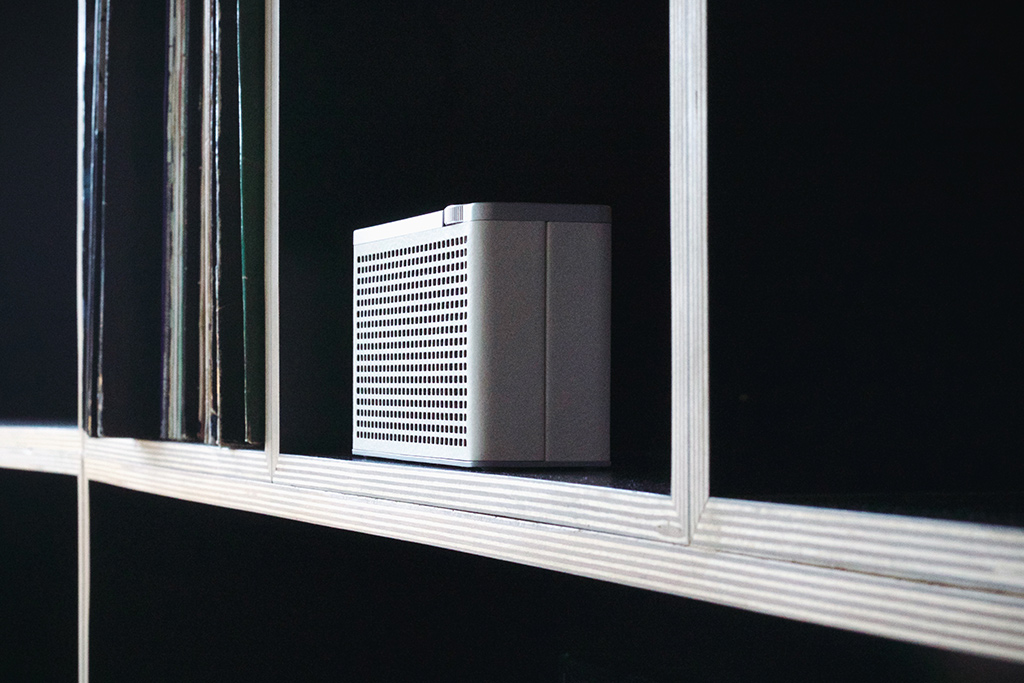 The Geneva Touring XS might be small in size, but it certainly doesn't hold back when it comes to sound. Geneva have been producing high-end hi-fi equipment for over a decade now, and that experience really shows here. The Touring XS provides stereo sound, which is somewhat unusual in a speaker of this size. It has two active drivers powered by a Class D amplifier, so it has plenty of presence to it.

On the back of the unit, there's a passive bass radiator. Many small speakers struggle with low-end frequencies, but this radiator makes a real, audible difference to the Touring XS. All in all, this speaker has fantastic sound quality and outperforms much larger models from other brands. 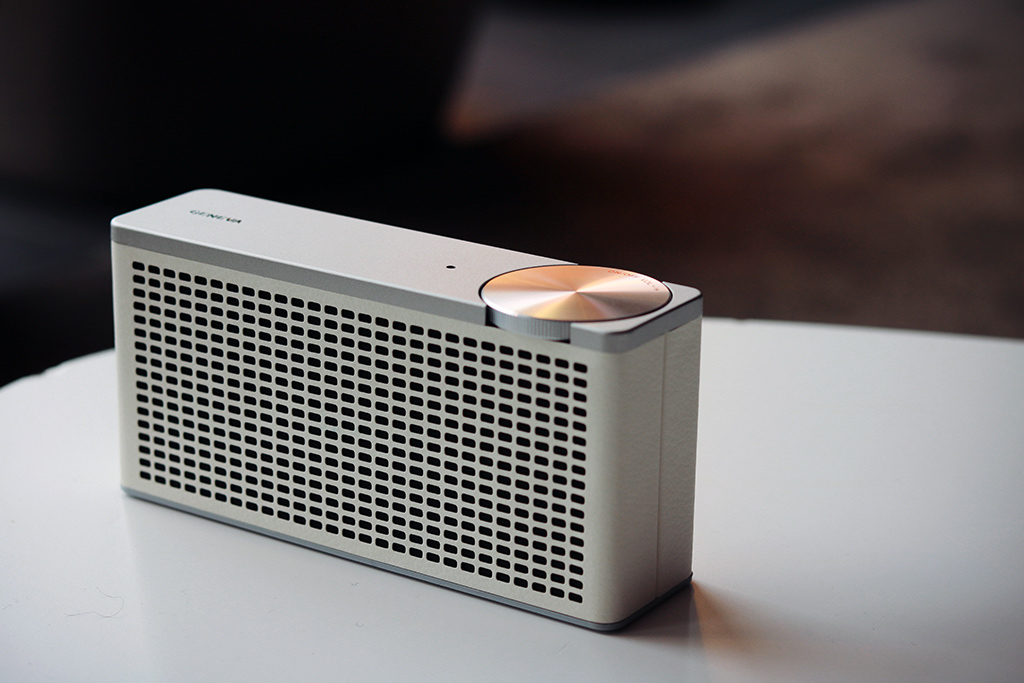 Some Bluetooth speakers try to be a jack-of-all-trades, but end up master of none. Instead, Geneva have rally focused on the core functionality here. This is a Bluetooth speaker and nothing else. As such, there's aren't many additional features- but there are still a few things worth talking about. As well as Bluetooth connectivity, the Touring XS also comes with a 3.5mm aux-in port. This means you can connect up devices without Bluetooth, such as MP3 players. 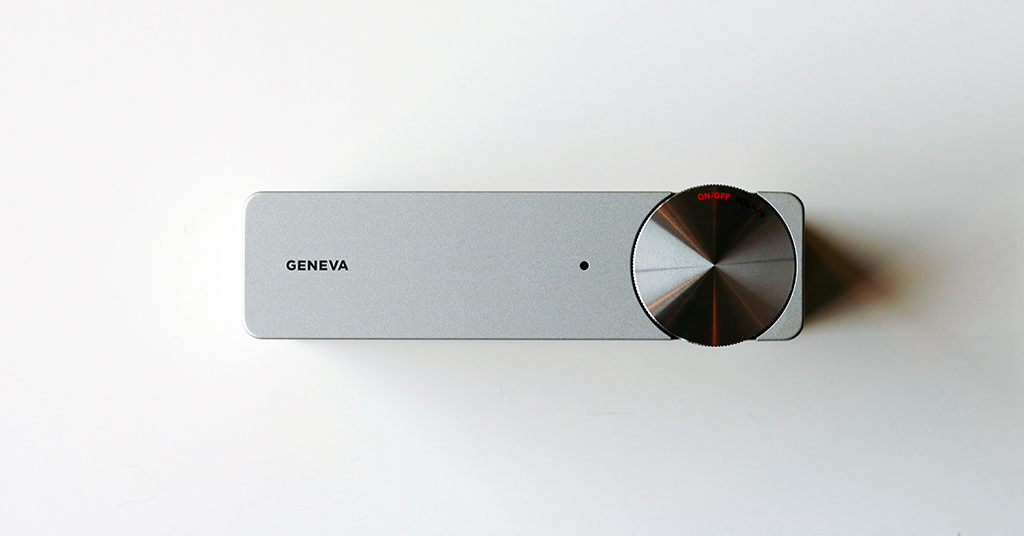 One thing you might notice about the Touring XS is the controls- or rather, the lack of them. Geneva have kept things as simple as possible here, with just a volume wheel that also acts as a power switch and an LED to show if your Bluetooth device is connected. While it might have been nice to have some more controls, there's not a lot else that really needs to be on a Bluetooth speaker. Since you'll be playing your music from another device, you can already control it from there. This lack of controls also helps to keep the design of the Touring XS clean and uncluttered.

Since this is a portable Bluetooth speaker, we should also mention the battery life. Geneva say that it provides up to 20 hours' use from a single charge. Unlike most of the figures given by manufacturers, this one is actually accurate. You'll certainly get a full day's use from a single charge, and depending on how long you're listening for, you could even get two or three days' listening out of the Touring XS. 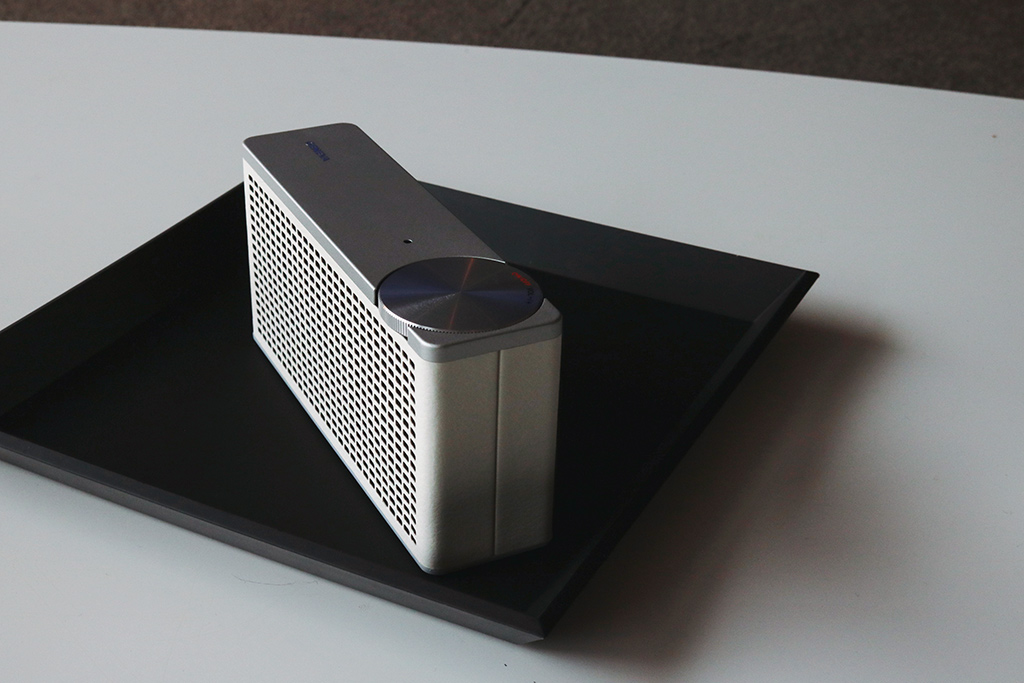 The Geneva Touring XS is a fantastic portable Bluetooth speaker that strikes the perfect balance between style and sound. It provides the best audio we've heard from a speaker of this size, and the long battery life makes it even more functional. For this kind of price, it's simply unbeatable- which is why we've rated it our number one Bluetooth speaker for 2020.