Enjoy calls on your landline like never before with the Gigaset C570A. A premium new digital cordless phone and answering machine with exceptional audio quality, high performance features, and plug-and-play set up. Made in Germany to the highest standard by Gigaset, the C570A comes with a 2-year guarantee. And with range of up to 50 metres indoors and up to 300 metres outdoors you’ll be able to enjoy calls throughout your home. 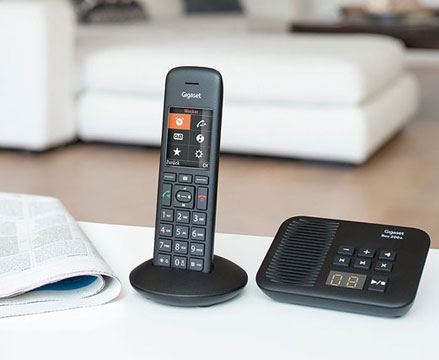 The Gigaset C570A cordless telephone provides the perfect symbiosis of design, ergonomics and power for maximum comfort and convenience when telephoning. The slim design makes it easy to hold and combines an elegant appearance with modern technology: Smart and compact on the outside and full of practical ideas inside, this reliable family phone is wonderfully user-friendly. Thanks to the outstanding voice quality and optimum acoustics, making phone calls becomes a pleasure. 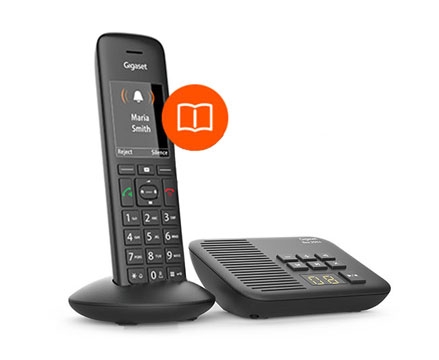 Make managing your contacts as easy as possible with the Gigaset C570A's large address book, which can store up to 200 contacts (with first and last names and up to 3 phone numbers per contact). The programmable speed dial keys will put you in touch with whoever you're calling without having to key in long numbers. Another practical touch is the VIP tune, allowing you to instantly recognise particularly important callers just by the ring tone. In addition, you can easily exchange address book entries between all your connected Gigaset mobile units. 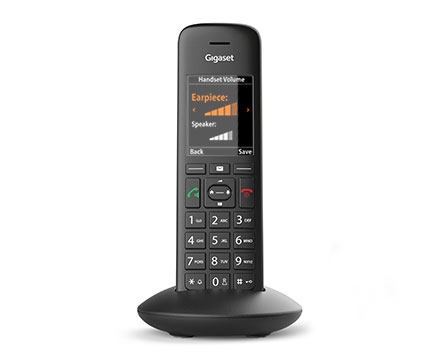 Brilliant audio quality is a given with Siemens Gigaset Cordless Phones and the C570A is no exception. Enjoy crystal clear conversations on your landline whether talking hands-free on the excellent loudspeaker or through the earpiece. Volume can be adjusted to suit (5 levels for handset volume and hands-free mode) and the handset is fully hearing aid compatible. The Gigaset C570A also includes a range of personalisation options so that you can adjust the phone to suit your habits and preferences. For example, choose between 2 acoustic profiles, to give the right frequency range for your optimum hearing experience. 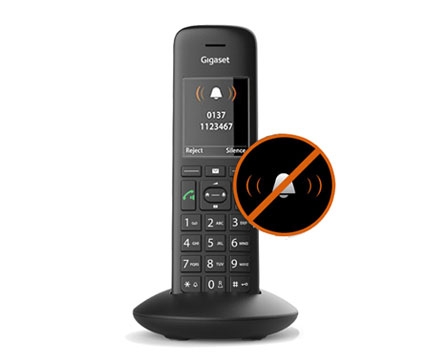 Take advantage of the "Block anonymous calls" function to ensure peace and quiet at home. This function means that calls without a caller ID are only visually displayed or can be blocked completely without disturbing you. In addition, you can programme the C570A to silence the ringer at certain times of the day to ensure you aren’t disturbed at meal times or through the night. Contacts from your address book that are marked as VIPs, on the other hand, can be viewed and heard at any time. 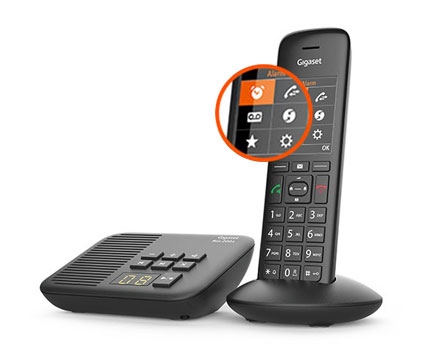 The convenience of the Gigaset C570A starts straight out the box with the plug-and-play set-up. Then there's the clearly contrasting, large TFT colour display offering plenty of useful features and simple menu interface that is intuitive to use. Combined with the widely spaced illuminated keys and optional large font settings the Gigaset C570A reaches new heights of intuitive operation and convenience. 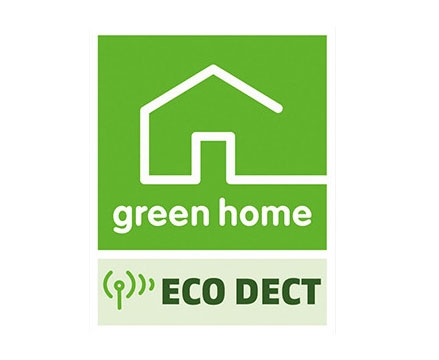 Like all Gigaset Cordless Phones, the C570A comes equipped with environmentally friendly ECO DECT technology. This means your cordless phone is radiation-free in standby mode, even if more than one handset is being used, as long as the base and all the registered handsets support ECO DECT. During a call, the transmission power automatically adapts to the distance between the base and the mobile unit. The shorter the distance from the base, the lower the radiation. For maximum DECT range, you can deactivate the ECO DECT mode at any time.

The Gigaset C570A is a high-quality digital cordless phone that delivers excellent sound quality, advanced features for the home, and reliable usability. 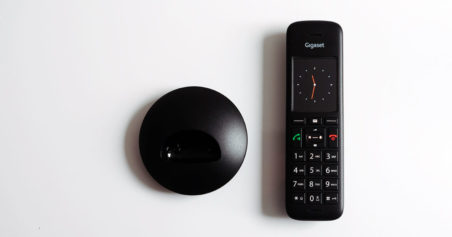