The VQ Retro Mini is perhaps the UK's most popular DAB radio. With a striking design and very affordable price, it's easy to see why so many have fallen for its charms. But how does it stack up under close inspection? Our DAB radio experts put it to the test in another of our in-depth reviews. Read on and discover whether the Retro Mini is all it's cracked up to be, or whether you'd be better off choosing a different model.

The VQ Retro Mini certainly lives up to its name. "Eighties-inspired" is the word we would use, and it wouldn't look out of place on the set of Stranger Things. It comes wrapped in a leatherette casing, which certainly makes it stand out from other models on the market. Most nowadays tend to be either plain old plastic or, as is increasingly the case, wood. The leatherette feels nice and looks fantastic. The VQ Retro Mini is available in a huge range of different colours, too. Whatever your own personal style, you're sure to find a Retro Mini that fits you to a tee.

On the front, meanwhile, is a cream-coloured plastic panel with all the controls on it. With other brands, such panels can often feel cheap and nasty. But not so with the Retro Mini. The panel is solidly fitted to the unit's body, and the buttons have a satisfying click to them. The only thing we would have liked to see is a volume wheel. Instead, it's controlled by buttons. But overall those buttons are nice, with a good feel to them when you press them. The 2.4" LED screen is another nice touch. It sits well with the period theme, and is nice and easy to read. Even from across the room or at an angle, the display remains clear.

For design, the VQ Retro Mini is well worth the £60 asking price. In fact, we would have been happy to pay half that again. The build quality here really is excellent. As a decorative object alone, the Retro Mini is a winner- but how does it sound? Let's take a listen! 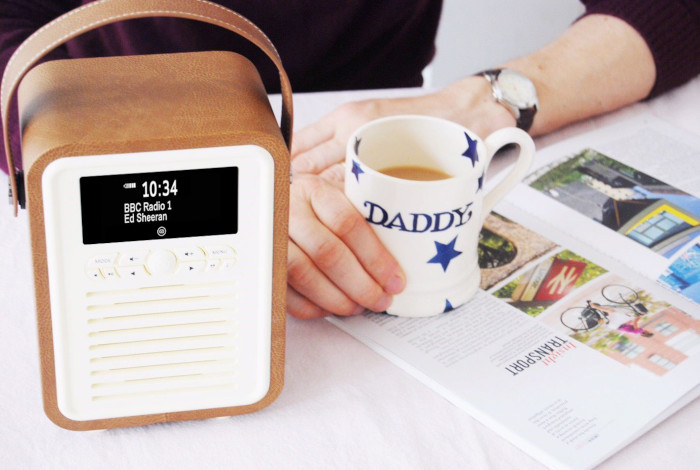 Given its size, the VQ Retro Mini obviously can't compete with a towering hifi setup. At the end of the day, this DAB radio has been built with convenience in mind, and that tends to compromise the sound quality. Having said that, though, we were surprised by the sound performance. It's much better than other primarily portable models that we've come across, such as the Panasonic RF-D10EB.

Another great thing about the VQ Retro Mini is that it can go seriously loud. With smaller DAB radios, you tend to get nasty scratchy sound when you turn the volume up past halfway. Not so with the Retro Mini, though! While the sound does start to distort a little when you turn it up to 10, it can still get rather loud without straining. You'd want that if, say, you took the radio out into the garden and there was a lot of background noise.

There are 5 different EQ settings to choose from. That means you can tweak the speaker to your own personal preferences, or adjust it based on whatever you happen to be listening to. We found "Pop" best suited to our tastes, but feel free to play around with the settings until it sounds right to your ears. Admittedly, it isn't perfect, especially when compared with a truly high-end model like the Revo SuperSignal. If anything, it could do with a bit more bass kick. But for the size and price, it's very impressive indeed. 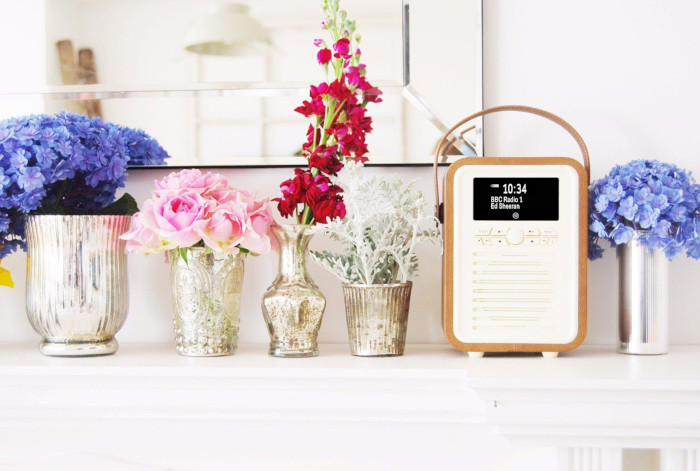 The big thing here is that it is portable. Unlike most of VQ's other models, there is no dedicated power pack for the Retro Mini. Instead, it just takes 4 AA batteries. If you plan on using this as a proper portable radio, we would recommend that you invest in a set of rechargeable batteries. Otherwise, the cost of replacement ones will quickly add up.

VQ themselves don't say how long the batteries should last. In real-life tests, we found it to be about 20 hours. That's more than enough for a full day out, or a few days listening around the house before you need to recharge. It takes mains power, too, so you can still tune in while you're waiting for the batteries to recharge.

To be fair, the Retro Mini isn't quite as "portable" as some other devices intended for listening with headphones. However, those models tend to come with sub-par sound and lack any advanced features- or even an exterior speaker. With the Retro Mini, on the other hand, you get the best of both worlds. It isn't all that much smaller than your typical DAB radio. Crucially, the speaker is the same size as the Monty's, so you're still getting fantastic sound on-the-go. At just under a kilogram, you shouldn't have any trouble carting it about with you. It's small enough to fit comfortably into a tote bag if you need to take it with you. It also has an FM mode if you travel somewhere with poor DAB signal.

Another major feature here is Bluetooth connectivity. That means the Retro Mini can also double up as a Bluetooth speaker. This is a very handy feature to have in a portable DAB radio. We'd even go so far as to say that it's a great Bluetooth speaker in its own right, even if you never tune in to the radio.

The only thing that we're not keen on is the way the presets work. Lots of other brands have dedicated preset buttons for instant access. With VQ DAB radios, though, it's more complicated. You need to open the settings, choose the presets menu, and then manually flick through all of the saved stations until you find the one that you want to listen to.

Fill all 30 of the available slots, and it's a real pain to scroll through them to find your chosen station. This would also likely cover every available station in your area, too! It's only a minor issue, but it's also the only glaring problem with VQ radios. If they had a wheel to select stations, it would be so much easier! 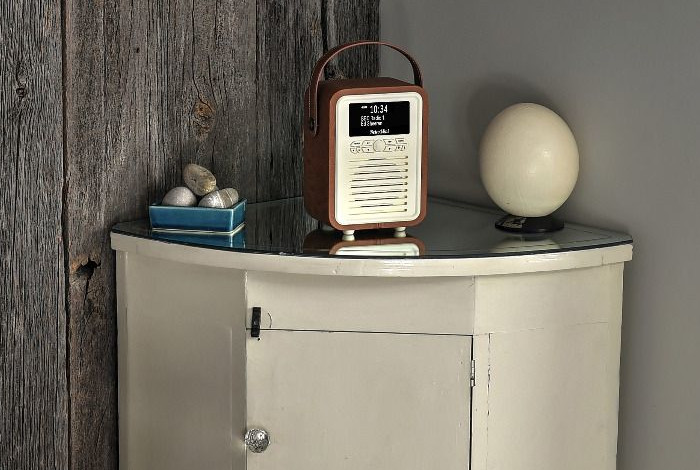 Overall, we're thoroughly impressed by the VQ Retro Mini. If you really want the best sound for your money, then we would still advise that you opt for the Retro Mini's slightly bigger sibling, the VQ Monty. But in terms of sheer value for money, the VQ Retro Mini is a superb choice. Its fab vintage style really sets it out from other DAB radios out there, too. With Bluetooth connectivity as well, it's an extremely versatile little piece of kit. If you're not yet fully sold on DAB radio, then the Retro Mini makes for the ideal entry point!

Can I Get Digital Radio In My Area?