The VQ Hepburn Voice is an updated version of the brand’s popular Hepburn radio. Building on the success of its predecessor, this new model also includes WiFi connectivity and built-in Alexa for voice control. But do these additions justify the bump in price? We put the Hepburn Voice to the test in another of our in-depth reviews- read on to find out how we got on with it.

In terms of design, the Hepburn Voice is mostly identical to its predecessor, the standard VQ Hepburn II. It shares the same basic handbag-like design, which takes something of the Roberts Revival series but adds a slightly more modern twist. While the older Hepburns came in a wide range of colours, the Hepburn Voice only comes in two: grey and black. Both options come with stylish copper controls and flairs, which we feel makes them a little more elegant than their older siblings. They also have a firm leatherette carry handle, which tucks away neatly when not in use.

Speaking of the carry handle, the VQ Hepburn Voice is well suited to portable use. Its slimline shape makes it easy to carry about and fit just about anywhere- so it’s a good choice if you like to take your radio around the house with you. Some rubber feet on the underside of the Hepburn Voice help to keep it nice and steady, wherever you put it.

The only thing missing here is a screen. That's not uncommon for voice-activated smart speakers- in fact, it's very much the norm. Instead, a sizeable LED bar shows which mode the Hepburn Voice is set to, with a different colour for each. 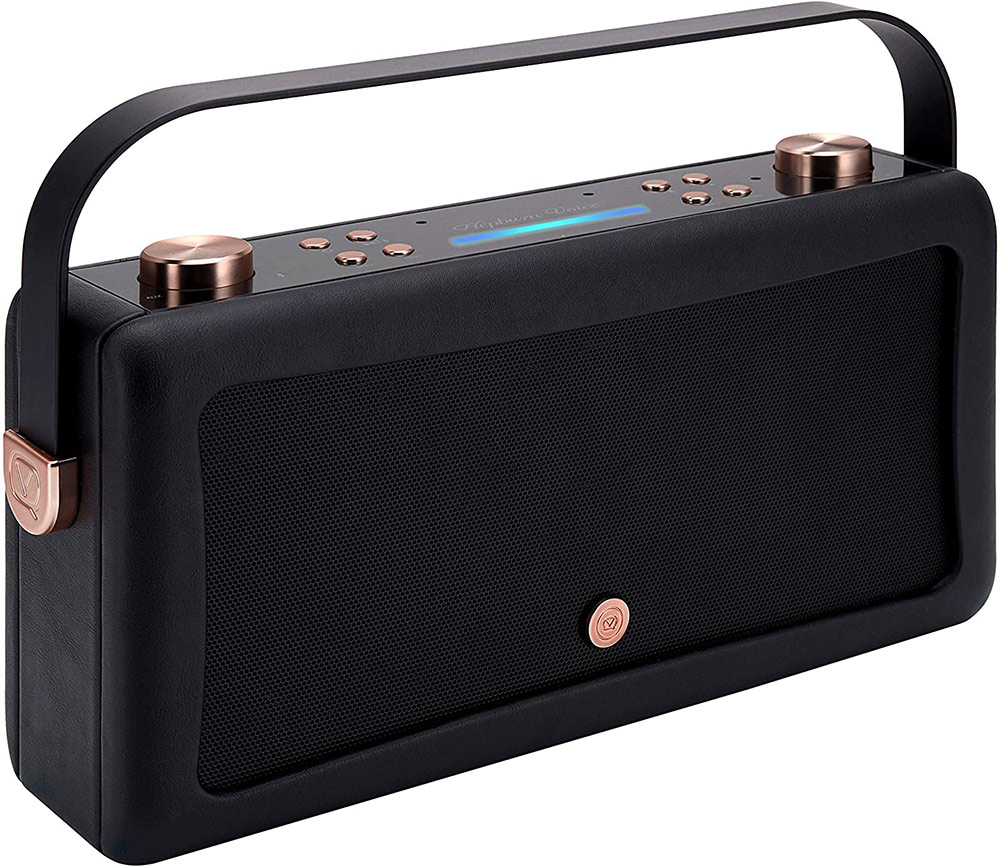 Despite its fairly compact build, the VQ Hepburn Voice still packs a surprising punch with its sound quality. Inside, there are two ultra-wide 10W speakers, providing full stereo sound that can comfortably fill a living room or kitchen. If there was one criticism of the previous Hepburn models, it would be that the sound could sometimes come off a little flat. Given the shape of the radio, it needs a bit of engineering magic to ensure that it can still produce rich, full tones with plenty of bass. Thankfully, for the Hepburn Voice, VQ have done exactly that. The audio components have been completely redesigned, upping the output power and utilising Digital Sound Processing technology for a superior listening experience. 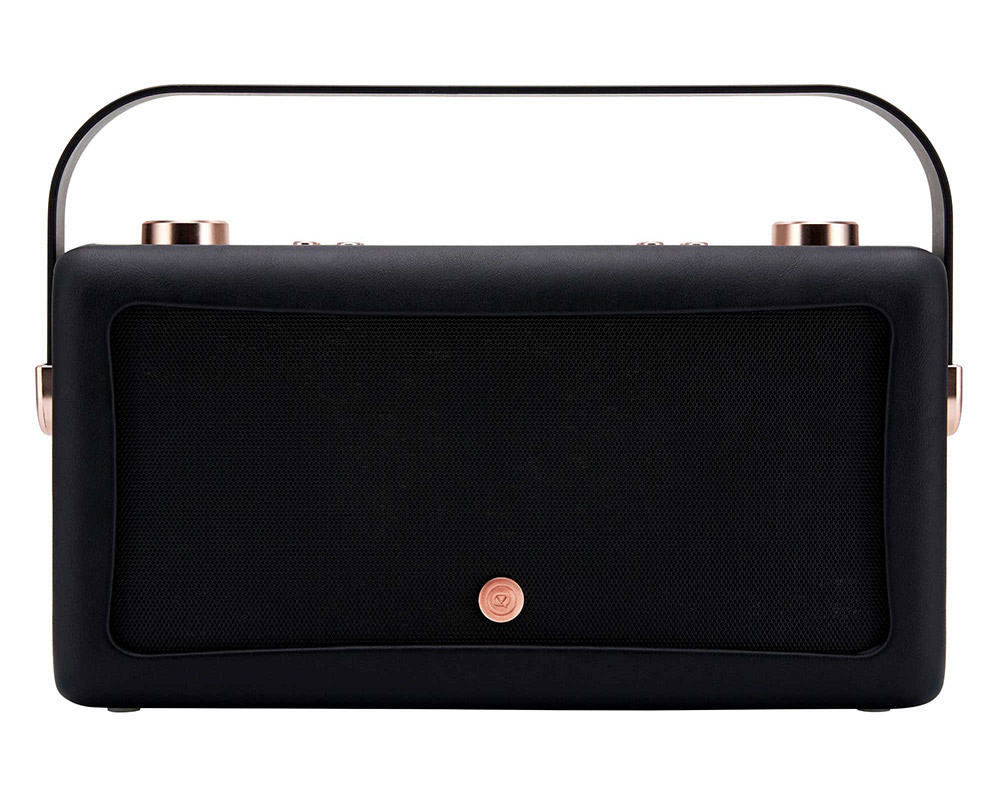 While it may look very similar to previous Hepburn models, the Hepburn Voice is in fact much more advanced. Rather than being a DAB/FM radio like its predecessor, it's a fully-fledged smart speaker, complete with built-in Alexa for voice control. This is very unusual for a radio at this price- such models would usually set you back at least £200. Most standalone smart speakers tend to compromise on sound quality, too, so it's refreshing to get the best of both worlds at a reasonable price.

Those smart speaker features really open up your listening options. For one thing, the VQ Hepburn Voice includes internet radio, giving you access to tens of thousands of online stations broadcasting from around the globe. And with Alexa, finding a new favourite is as simple as asking her to play the kind of music you're in the mood for. The same thing goes for Spotify and Amazon Music, too- the Hepburn Voice can connect to your account, and then play back your choice of music via voice commands.

We mentioned earlier that the Hepburn Voice is a great choice for a portable radio. Well, there are a few more features which add to this even more. For one thing, there's no need to worry about constantly buying replacement batteries with this bad boy. That's because the Hepburn Voice has a built-in rechargeable battery. This provides up to 8 hours of use- in practise, we found that it consistently delivered around that amount of time. That's not quite as much as some other rechargeable radios, but it's a good amount considering the amount of tech it's powering. And to enjoy all those online features throughout your home and garden, the VQ engineers have included dual optimised WiFi antennas for a more reliable connection. 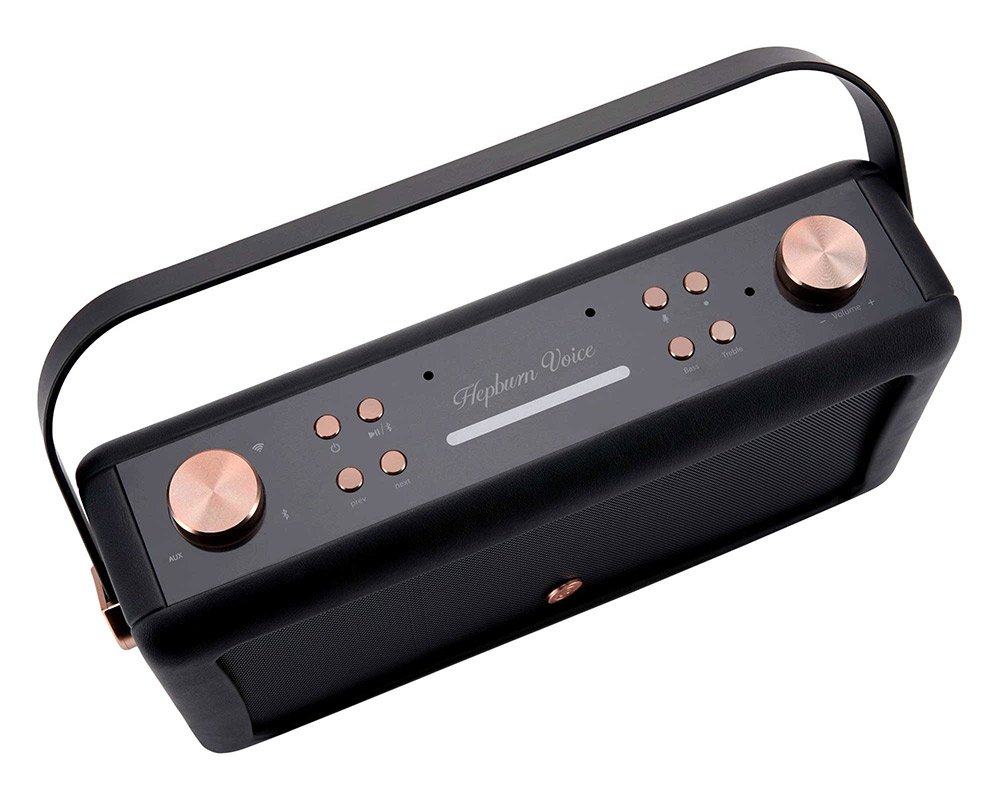 The VQ Hepburn Voice is a feature-packed radio that really does it all. Not only does it offer endless content to enjoy, but it's also a serious step up from its predecessor in terms of sound quality. Given that it is considerably cheaper than the alternative from other brands- and that it has voice control built-in- the Hepburn Voice is definitely worth considering.