What is VOX on a Two-Way Radio?

VOX is a feature commonly found in most higher-end consumer two-way radios. You'll see this feature listed on many of the most popular models, from the mid-range Cobra AM645 to the advanced Motorola T92. But what is VOX on a two-way radio, and how does this feature work? Not to worry- read on, and all will be revealed!

Virtually all two-way radios have a push-to-talk, or PTT button, to allow you to start transmitting. However, models with VOX can also be used hands-free. VOX stands for "voice-operated exchanged", and is sometimes also referred to as "voice activated transmission". With VOX switched on, the microphone is always listening out for your voice. When it detects you are speaking, it will then automatically start broadcasting. 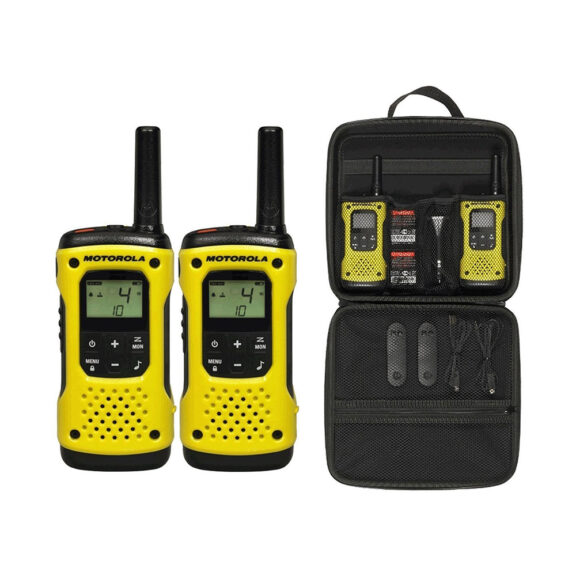 When VOX is activated, your radio automatically turns itself on when the user starts talking, and shuts off when there is no sound. On 2-way radios, this feature saves you having to push the microphone button every time you want to start transmitting.

VOX is sound activated; not just voice activated. This means that, for instance, if you're using your Motorola TALKABOUT T82 in a very loud setting, it may pick up background noise and will be in constant transmit mode.

A lot of radio handsets are VOX compatible. Some come with a toggle switch to let you change between PTT and VOX usage. To stop unwanted transmissions, manufactures use sensitivity settings to assist with the activation process. This means the switch will only kick in when it detects sound over a certain decibel level.

The circuitry also includes a delay that prevents the circuit from de-activating when the voice or sound stops. This ensures that the circuit does not turn off during the typical short pauses during communication. How to set up a VOX headset

If you're using a VOX headset, make sure you have the radio turned off. Then, simply plug the headset into the radio, and turn it back on. The radio will then detect the presence of the VOX accessory microphone, and show the VOX icon on display.

To set VOX sensitivity, find the VOX function from the menu, and then select the desired level of sensitivity for your environment. Then push the push-to-talk key or menu option to go to the next feature, and your VOX setting will be activated.

Which Two-Way Radios Have VOX?

Not all two-way radios come with VOX. Most models intended for children, such as the Motorola T42, lack this feature so that the radios can be sold for more budget-friendly price. That's not to say, though, that you can't purchase a two-way radio with VOX for an affordable price. If you need a walkie talkie that you can use hands-free, but don't want to break the bank, then we would recommend the Motorola TALKABOUT T82 Extreme. With weatherproof casing and up to 10km range, this radio is a great choice for the workplace, where hands-free communication can be key. Alternatively, if you need something even more durable, then the Motorola T92 H20 is another great pick. With an IP67 rating, it is fully waterproof, and even floats. That makes it ideal for more demanding environments.

Whichever model you choose, remember that with liGo's Price Match Promise, we guarantee the best prices online- so there's no reason not to shop with us! Click here for our range of 2-way radios at liGo.