The Roberts Rambler BT is a portable DAB radio and Bluetooth speaker that's dripping with retro charm. But does it have the sound quality to match its looks? We put it to the test in another of our rigorous reviews. Read on to find out how we got on with it!

Like Roberts' popular Revival range, the Rambler BT is based on one of the brand's classic designs. The original Roberts Rambler dates from the early 1970s, and this modern update loses none of the charm of the original. It comes in either blue or green leatherette, with real oak panelling on either side to give it a real premium feel. While fairly light, the radio still feels nice and solid, and should withstand plenty of on-the-go use.

One key difference between the Rambler BT and its original namesake is that this one includes a built-in screen. That way, you're not left blindly searching for channels, and with DAB it also means you can see additional information sent out by stations. The screen has adjustable brightness settings, which is good news if you plan on using the Rambler BT as a bedside radio. If that's the case, then you'll be pleased to hear that the radio also comes with dual alarms -so one for weekdays, and one for the weekend. There's even a snooze feature if you fancy an extra forty winks.

On the top, you'll also find all the controls you need to actually use the radio. One knob is used to set the volume, while the other is used for tuning and scrolling through menus. Its fairly straightforward to use the Rambler BT, as all the controls are clearly set out and labelled. The aerial is nice and sturdy, which is always an essentially factor in a portable radio. Finally, there's a leatherette handle to make it easy to carry about. 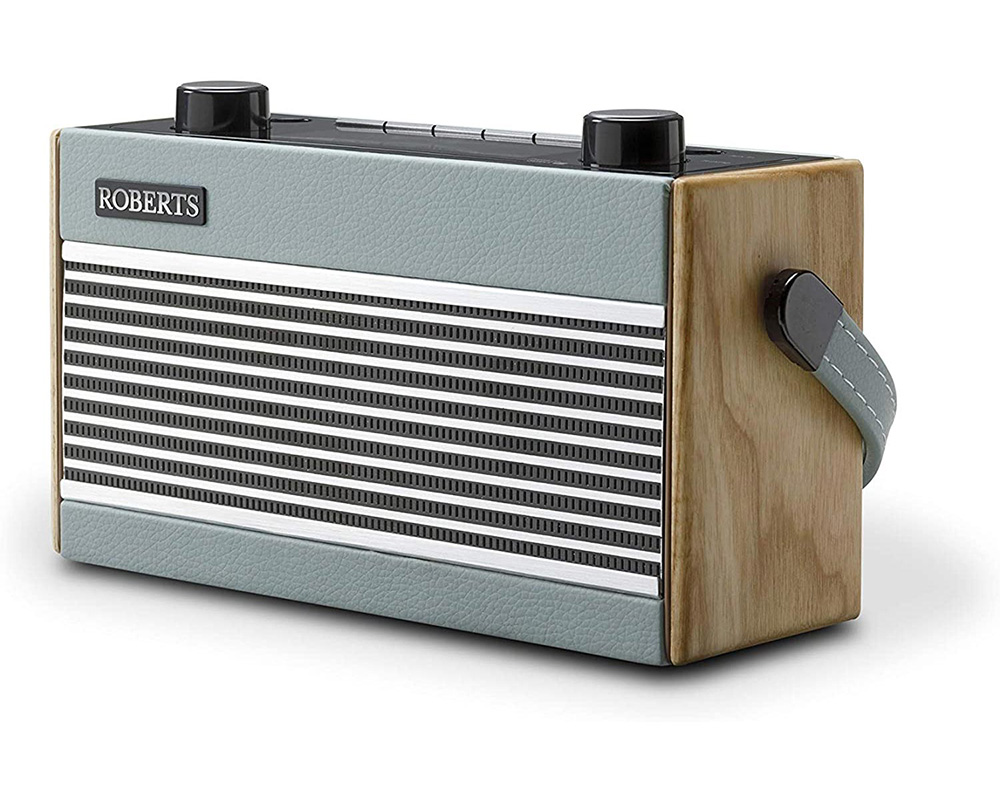 Roberts have always prided themselves on creating radios that sound as good as they look. We're pleased to report that the Roberts Rambler BT is no exception to this, offering solid sound performance from a compact body. Of course, given its size, the Rambler BT can't go as loud as some of the brand's much larger models. That being said, it still provides well-rounded audio that consistently remained clear throughout testing across both music and speech content. If we had one complaint, it would be that the bass isn't especially powerful, but this is an issue with all small radios and speakers- not just this one. 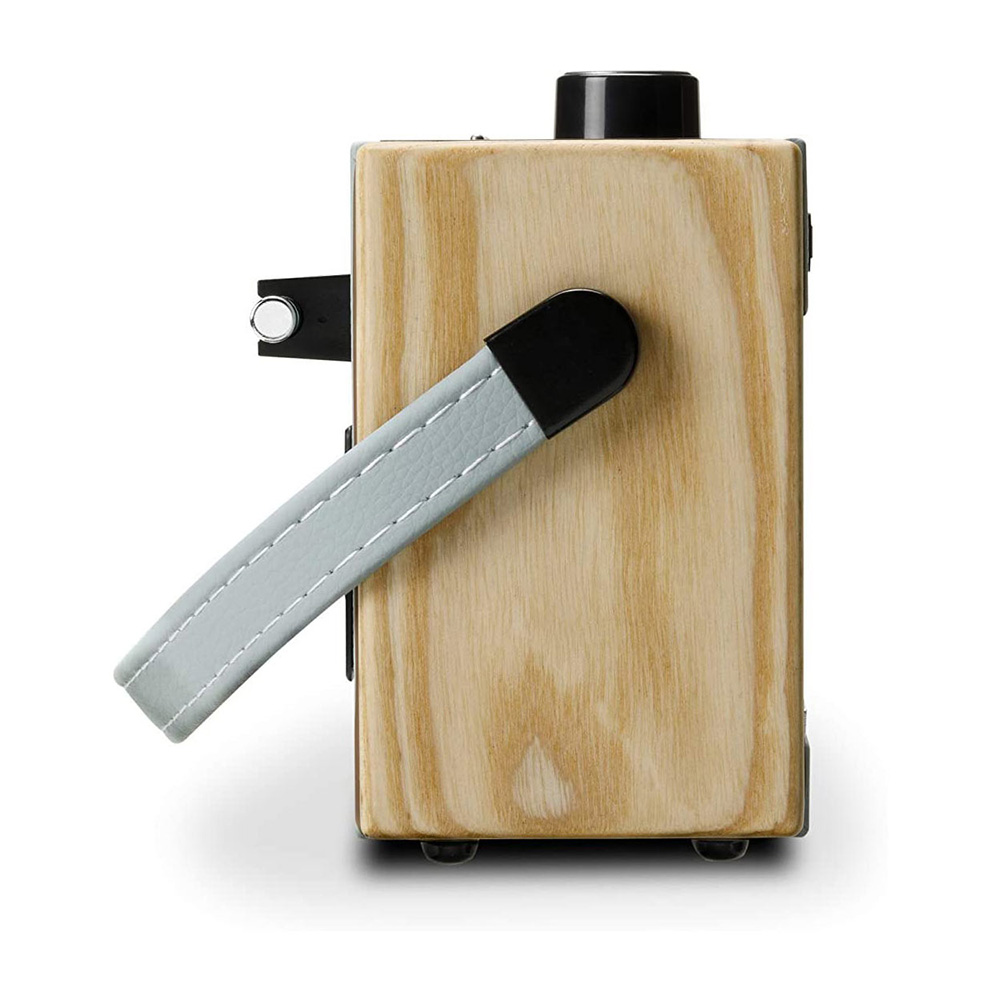 The Roberts Rambler BT includes both DAB and FM modes, allowing you to enjoy all locally available stations with ease. It also includes DAB+ compatibility, which gives you access to newer stations and ensures the radio is futureproof. The Rambler BT also lets you save up to ten stations per mode, which can then be accessed through a separate presets menu. It would have been nice for Roberts to perhaps include a couple of instant-access preset buttons as some other radios do, but this isn't a deal breaker.

As you may have already guessed, the "BT" in this model's name stands for Bluetooth. Accessing this feature is as simple as pressing the "mode" button on the top of the radio. During testing, we found it very simple to pair up an iPhone with the Rambler BT, and it held a steady connection for quite a distance before cutting out. If you want to listen to music from a device without Bluetooth, there's also a 3.5mm aux-in port as well.

Again, the clue is in the name, but the Roberts Rambler BT is also a fully portable radio as well. Simply pop in some LR14 batteries, and you're ready to go. Given that these are a bit more expensive than your standard AA cells, we'd recommend investing in some rechargeable ones if you plan on using the Rambler on the move a lot. But its sturdy build quality and compact size both make it a very convenient choice for throwing into a backpack for days out. 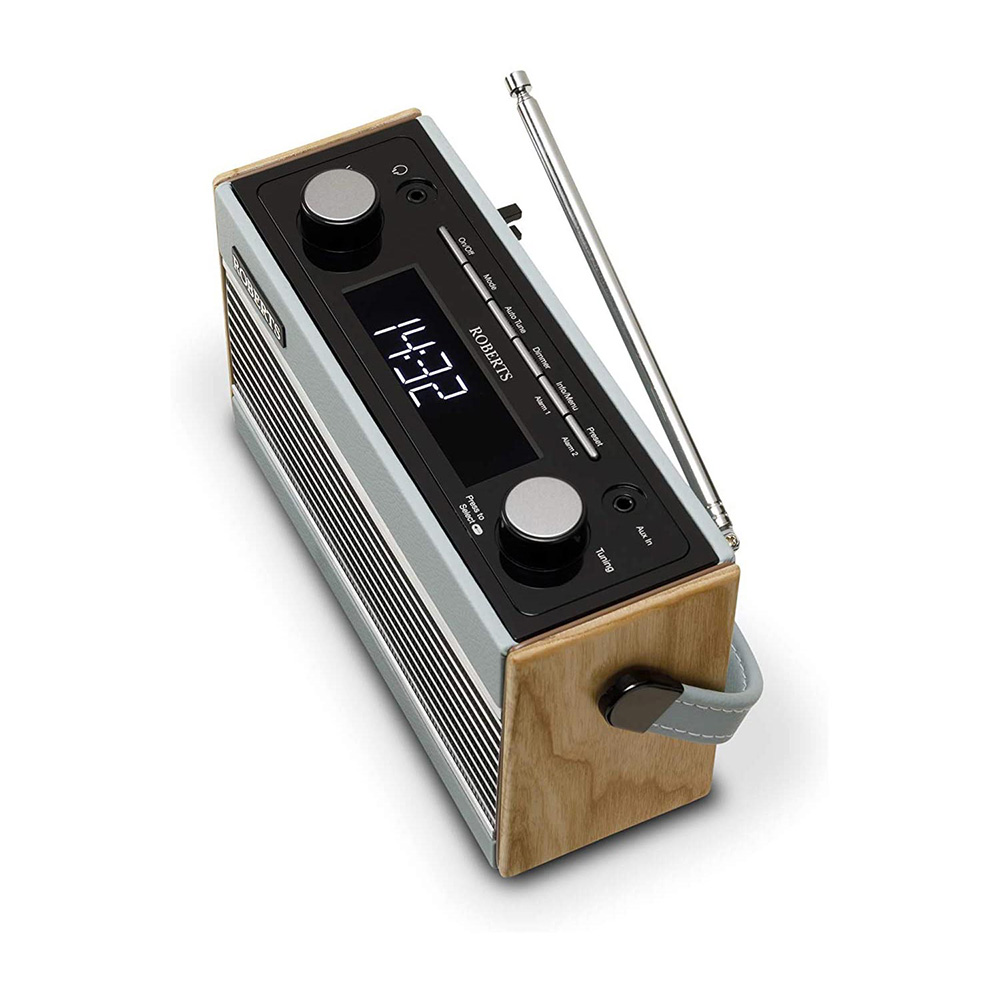 While the Roberts Rambler BT is slightly more expensive than the average portable radio, it more than makes up for this with very high build quality and strong sound performance. A worthy successor to a true radio classic, the Rambler BT is well worth considering if you want a portable radio that both looks and sounds superb.