The Roberts Play 10 is a portable DAB radio from one of the most popular brands on the market. Its low price makes the Play 10 a tempting prospect. But is it really worth buying? We put it to the test in another of our in-depth reviews. Read on to find out how we got on with it! 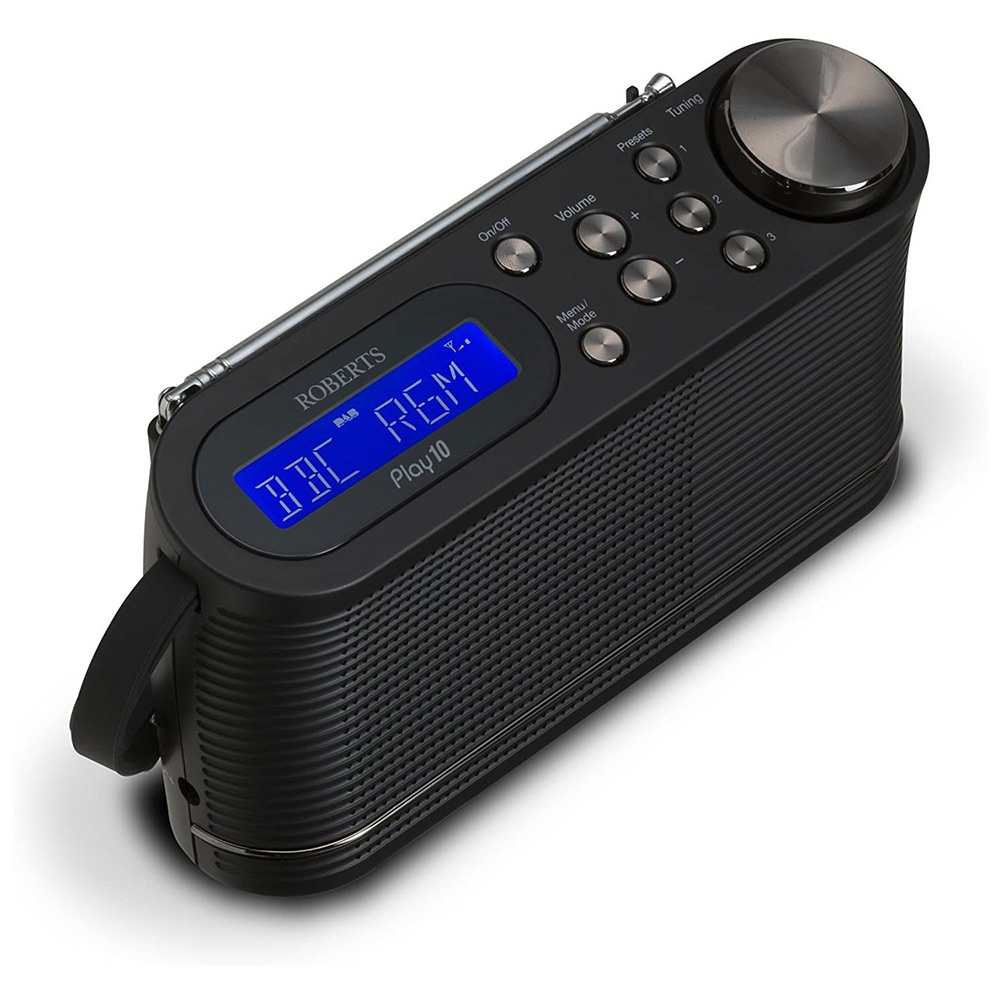 Roberts are perhaps best-known for their retro-styled radios, such as the Revival RD70. For the Roberts Play 10, though, their designers have created something a bit more modern. Measuring approximately seven inches across, the Play 10 is about the size of a hardback book. As you can see from the image above, the main body of the radio is curved, which means it rests nicely in the hand while you're carrying it about. There's also a rubber carry strip, which certainly comes in handy.

The Roberts Play 10 weighs in at 350 grams; lightweight enough to be easily portable, but without feeling too flimsy. We wouldn't recommend being too rough with it, but it's certainly tough enough to handle life on the road.

On top, you have the controls, which are clearly labelled and stand out nicely against the main body of the radio. Stations are accessed via the large tuning knob. You'll need to manually tune FM, but with DAB, all the stations are already there for you to scroll through. There's also a dot matrix screen to show what station you're tuned into. 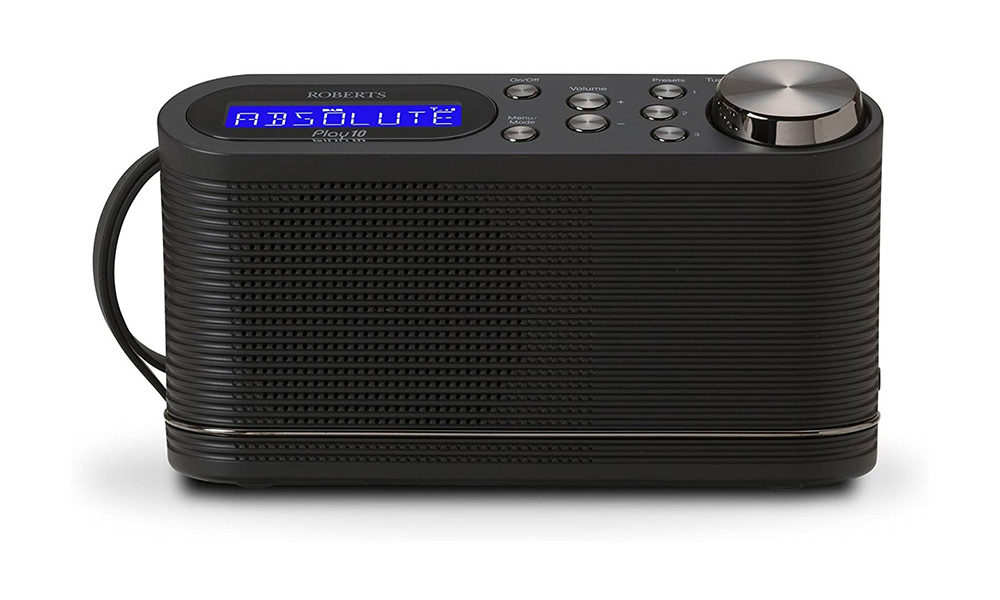 As we always mention in portable DAB radio reviews, sound quality needs to be considered relatively. A model designed for use while you're out and about is never going to be able to produce the kind of window-rattling bass that you'd expect from a much larger model.

That being said, the Roberts Play 10 does a surprisingly good job when it comes to sound performance. While the bass is a little on the light side, it offers a bright, detailed sound when it comes to mid-range and higher tones. It can go reasonably loud, too, but even at the highest volume, there's no audible distortion. 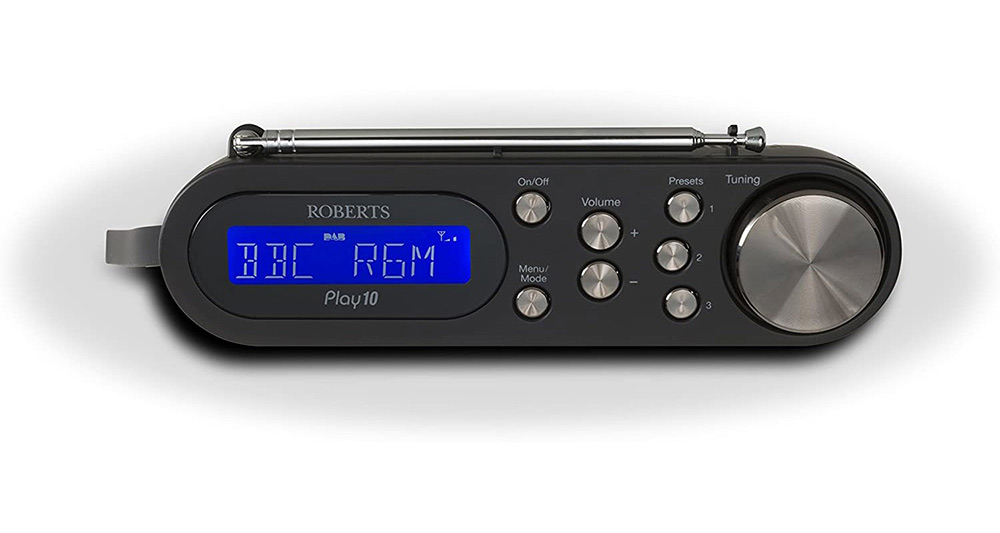 As we've already mentioned, the Roberts Play 10 is a portable DAB radio. To take it on the go with you, just insert four AA batteries into the back of the radio. Obviously, the battery life can vary wildly depending on the particular batteries you're using. Generally speaking, though, we found that the batteries lasted a fair amount of time during testing. When using the Play 10 at home, it can also be plugged in with the included mains adapter.

The Play 10 includes both DAB and FM functionality, to give you access to all your favourite local and national stations. It's also compatible with DAB+, allowing you to tune in to new stations as they become available and ensuring your new radio is futureproof. And to make tuning in to your favourite stations that much easier, it also has three one-touch preset buttons. Just press and hold one of these while you're tuned in to a station, and it will be saved for instant playback.

The only thing missing here is Bluetooth connectivity, which is something that's included in more and more portable radios nowadays. This is perhaps the reason why the Play 10 is somewhat cheaper than most other models of a similar size and spec. If you just want to listen to the radio, then this won't be much of an issue. On the other hand, if you'd like the option of listening to your own choice of music, then you might be better off spending a little more on a model with this feature.

All in all, the Roberts Play 10 is a decent portable DAB radio. While the lack of Bluetooth connectivity may put some people off, it performs well as a radio, with solid sound performance and a durable build. Given the extremely low price point for a DAB radio, it's certainly well worth considering!