The Roberts Blutune T2 is a portable DAB radio and Bluetooth speaker from one of the most desirable brands on the market. But can it live up to our high expectations- and is it worth your hard-earned money? We put it to the test in another of our rigorous reviews. Read on to find out how we got on!

Roberts are best-known for their iconic vintage designs, such as the Revival series. For the Blutune range, though, they have created a new set of designs, mostly based around a real-wood build. For the Blutune T2, that means real oak panels on either side for a neat mid-century modern style. On the front, a soft fabric speaker grille sits below a full-colour screen. Finally, on top, you've got the silver metal control panel.  All of the controls are  very clearly labelled, with one dial for the volume and another for scrolling through stations and menus. To top things off, there's a leather carry handle with some nice cotton stitching along the edges.

The radio itself is fairly small, measuring 10cm by 17cm. That's ideal for a portable radio, but its size and shape make it a good fit for a bedside radio. In fact, there are a few features that we'll get into later which further add to this. But despite its small size, the Blutune T2 has a reasonable amount of weight to it at 750 grams. Roberts have always been known for their high build quality, and the Blutune T2 is no different- it definitely feels like a premium piece of tech. 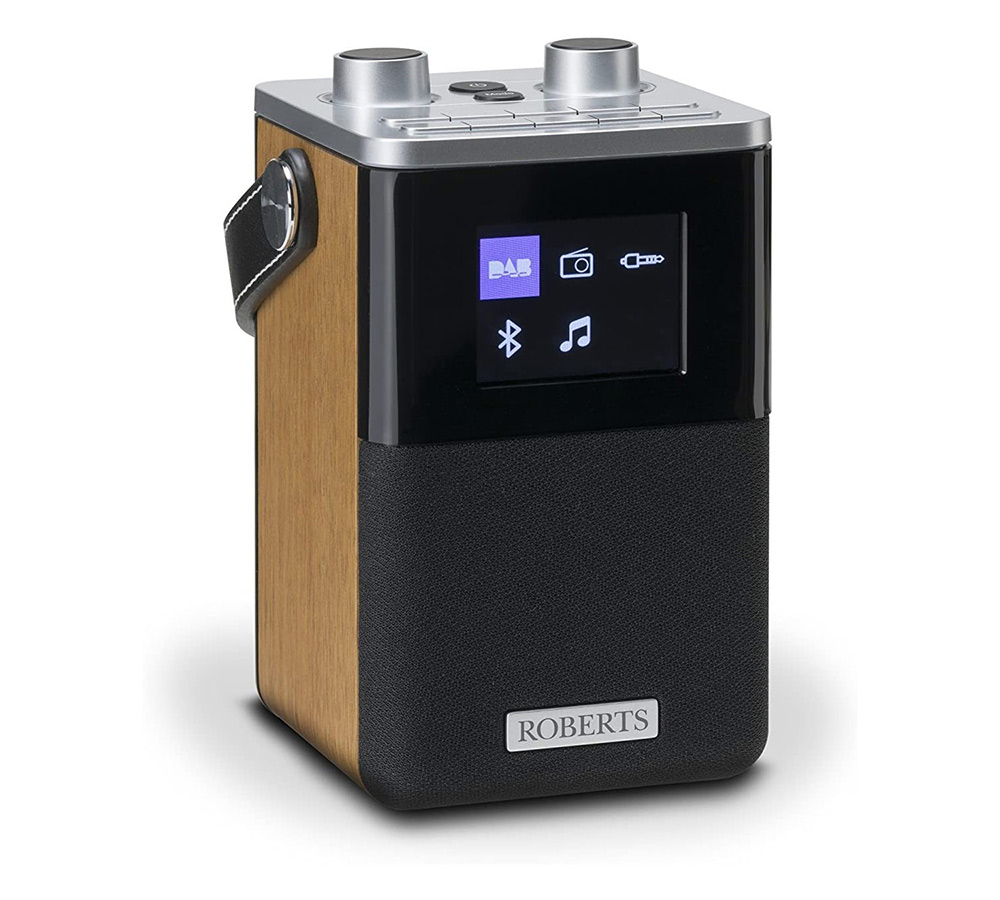 As a fairly compact radio, the Roberts Blutune T2 naturally can't compete with huge home hi-fi units. In particular, you aren't going to get room-rattling bass from smaller speaker units. However, it's unlikely that users will be buying it to fulfill that role. Instead, the T2 is more suited to portable listening or for use in smaller rooms.

The Blutune T2 isn't the best portable speaker we've ever heard. That accolade would have to go to one of Audio Pro's models, such as the Addon C3. That being said, given its size and price, the T2 still does an admirable job of producing decent-sounding audio. Crucially for a DAB radio, it performs well across both music and speech content. So, whether you like listening to the charts or catching up on the news, the T2 is a fantastic all-rounder that's sure to please anyone.

The Roberts Blutune T2 includes both DAB and FM functionality, giving you access to all locally available stations. During testing, we found the T2 performed well in picking up a clear, steady signal across all frequencies. What's more, it's also compatible with DAB+, so you can rest assured that it's futureproof. Five one-touch preset buttons allow you to jump straight to your favourite stations on both DAB and FM.

But the Blutune T2 is more than just a radio- it also functions as a portable Bluetooth speaker. Simply pair up your smartphone or tablet wirelessly, and you're ready to start playing all your favourite content. For devices without Bluetooth, there's also a 3.5mm auxiliary port on the T2 as well. Somewhat unusually for a portable speaker, it also supports USB input. That means you don't need to use another device at all. Instead, you can load music onto a memory stick, and play it directly from the Blutune T2 itself.

As we already mentioned, the Roberts Blutune T2 is a portable DAB radio. Most models of this size and price require a separate battery pack, which can often be quite expensive. Thankfully, though, the T2 takes regular AA batteries instead. If you're using rechargeables, then it even has a battery charging mode which will automatically power them back up when plugged into the mains. 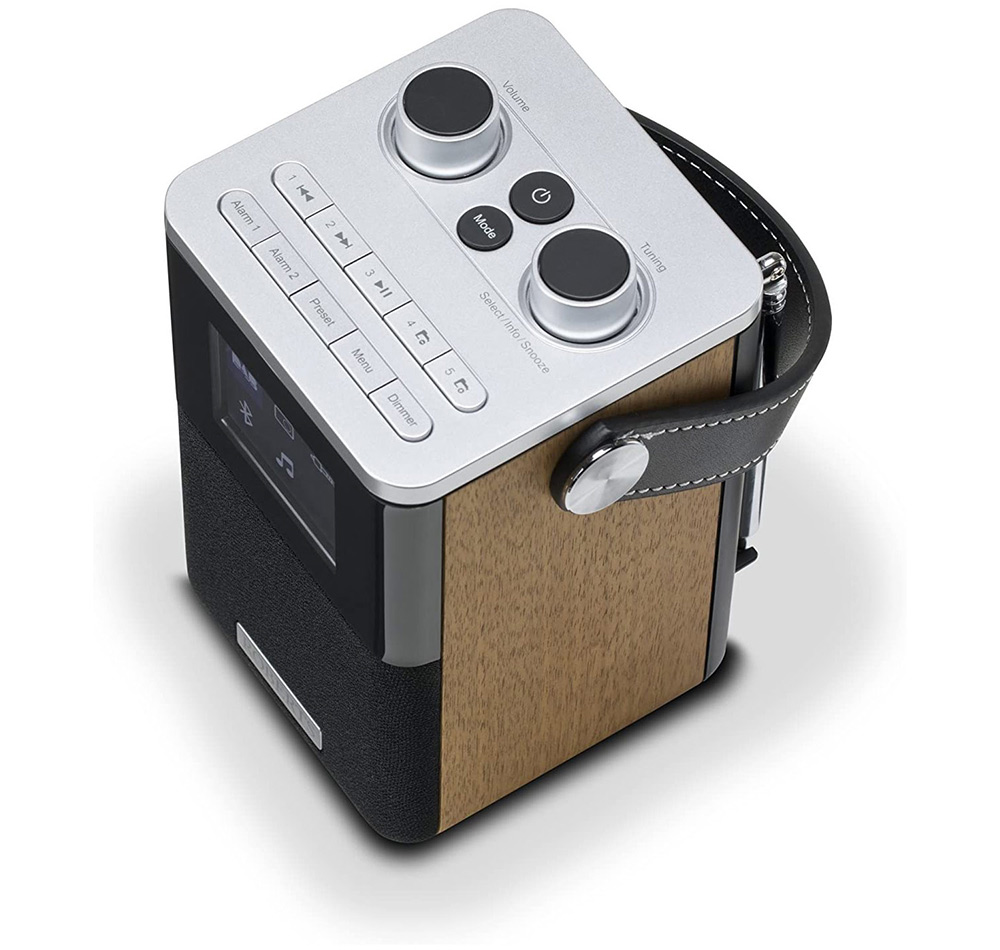 The Roberts Blutune T2 is a great portable DAB radio that upholds Roberts' reputation for both style and sound quality. While there are other models which offer somewhat better audio, they are generally far more expensive. For the price, the Blutune T2 represents excellent value for money, so it's well worth considering.