The Pure Avalon N5 is a DAB radio with a difference. While most of Pure's model are made from wood, the Avalon N5 boasts a distinctive wool design that sets it apart from the pack. But does it have the sound quality to match- and is it worth the price tag? We put it to the test in another of our in-depth reviews. Read on to find out what we thought of it!

As we already mentioned, the Pure Avalon N5 is a bit of a departure from Pure’s standard design. They’re best known for their wooden Evoke range, which have always formed the core of their product lineup. The Avalon, though, couldn’t be further away from that. Gone are the wood casing and white plastic panels, and in their place is a very stylish wool casing, available in either pearl grey or charcoal depending on your preference. The control panel on the top, meanwhile, has a nice leatherette feel, with clearly labelled buttons that make using the Avalon N5 a doddle.

We should note that the Avalon N5 is bigger than it looks in photos. Given its shape, you'd be forgiven for thinking that this was a pocket-sized radio. In reality, though, the Avalon N5 is about a foot wide, putting it on the larger side of things as far as DAB radios go. It is fairly slim though, so it will still fit comfortably on a bookshelf or side table. 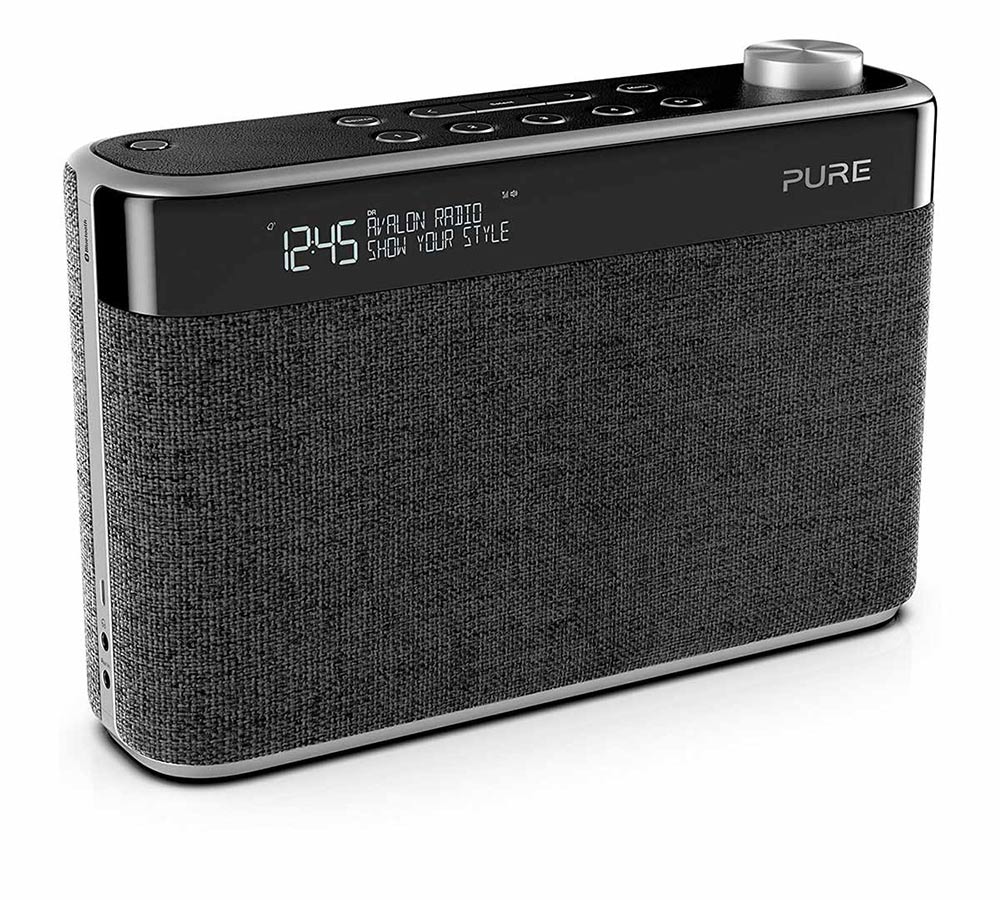 At first glance, the Avalon N5 seems to lack a screen. In fact, this is unobtrusively built into the front panel, springing to life when the radio is switched on. While other radios at this price tend to include a colour screen, we can forgive the Avalon N5 for how well-integrated the display is here. If you wanted to use the N5 as a bedside radio, then it's ideal- clearly visible, but not bright enough to keep you awake at night. What's more, the controls on the top are backlit for added ease of use in low-light, too.

The aerial tucks away very neatly when not in use. Instead of being hidden away at the back of the radio, it retracts completely into the body. When you need to use it, press down and it pops back out- a refreshingly modern touch.

With a wool casing, there’s a risk that the sound from the Avalon N5 could end up muffled. Thankfully, though, that’s not the case here. The Pure engineers have done a fantastic job of ensuring the Avalon N5 fills a room with sound. With 20W of output, it can go plenty loud enough without pushing itself. Two tweeters and a woofer are packed into the Avalon N5's casing, for full-stereo sound that's warmer and richer than most of the Evoke range. 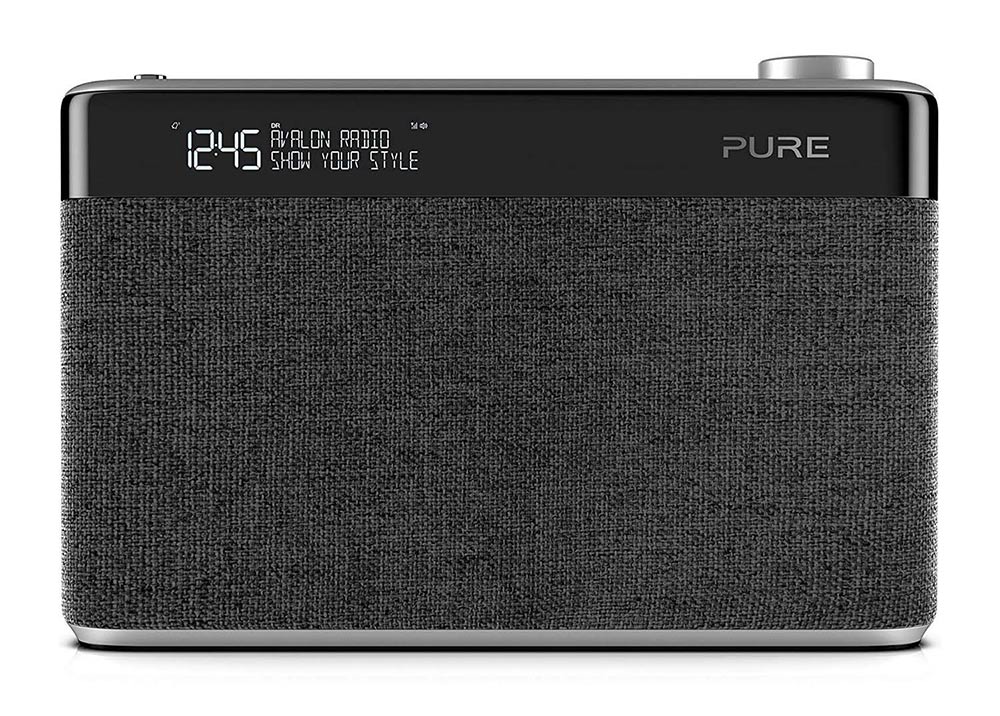 As with most modern radios, the Pure Avalon N5 lets you tune in to both DAB and FM stations. It is also compatible with DAB+, making it futureproofed for new stations added in the future. It also comes with Bluetooth connectivity. That means you can pair up your smartphone or tablet to listen to your own choice of music or podcasts. In practise, we found this works well, connecting quickly and holding a steady link with our smartphone.

The Pure Avalon N5 also includes a preset function that lets you save your favourite stations for easy playback. There are four one-touch preset buttons, plus space for another six which are accessed through a menu. That makes for twenty in total, since you can save separate presets for DAB and FM.

The Avalon N5 can also be used as a portable radio. However, this is only possible by purchasing an additional rechargeable battery pack; there's no option for standard batteries. As with a lot of Pure battery packs, this isn't cheap, and adds to the already fairly significant price of the radio itself. That being said, it does open up your options for where you can listen.

Finally, there are a few extra features like a headphone jack, dual alarms, and kitchen timer modes which all add to the functionality of the Avalon N5. The only thing missing is internet connectivity; it's not a deal-breaker, but a number of radios at this price do have this built in. 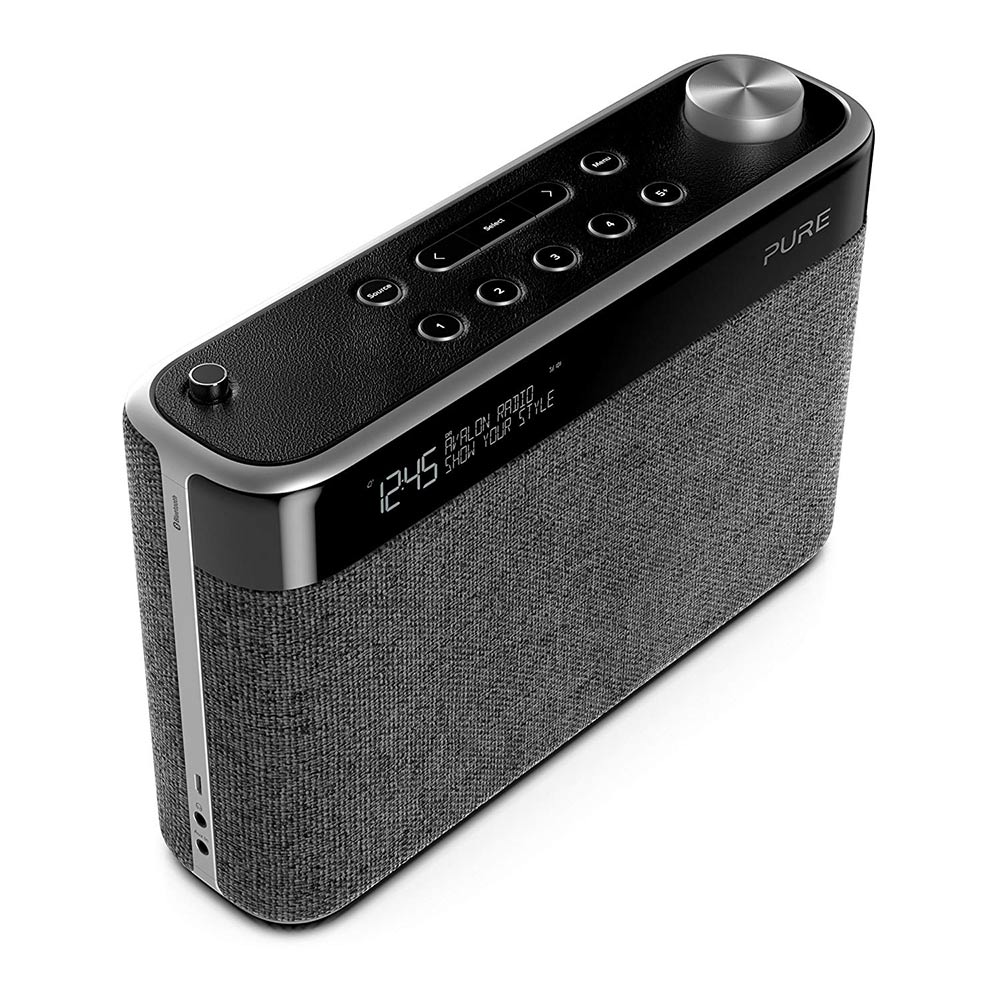 The Pure Avalon N5 is a solid DAB radio. While it's lacking a few of the features that you'd normally find in a radio at this price, there's no denying that it's an exceptionally stylish model. It provides great sound, too, comfortably filling a room with rich audio. If you think of your radio as more than just a functional object, and more a part of your home décor, then you're sure to love the Avalon N5 as much as we do!