The Motorola TALKABOUT T42 is a two-way radio designed with children in mind. It's great value for money, and is available in a range of colours that kids will love. But is it actually any good as a walkie talkie? We put it to the test in yet another of our in-depth reviews. Read on to see how we got on!

Generally speaking, the range of license-free walkie talkies depends on the price. If you want something with long range, then you'll inevitably need to spend a bit more money. For a budget-friendly set of radios, though, the TALKABOUT T42s offer a decent range of up to 4 km. It's unlikely that you'll actually achieve that sort of range in practise, since license-free radios are liable to be block by obstacles like buildings and trees. During testing, though, we found that the T42s did a great job of holding a steady connection over shorter distances.

The TALKABOUT T42 is really intended for children, so that shorter range is forgivable. It won't stretch across longer distances like, say, the TALKABOUT T82 will, but it offers about as much range as you'd want to let your kids go unsupervised. 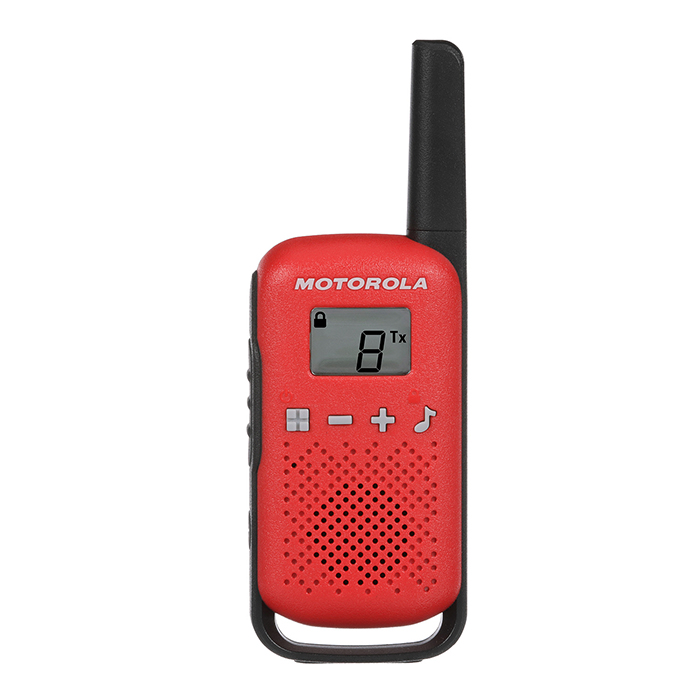 One of the key selling points of Motorola's TALKABOUT range is the fact that they are incredibly easy to use. The overall design is very user-friendly, with just a few buttons that all have a clear purpose. On the front, you can switch the radio on and off (or change the frequency), turn the volume up or down, and send a roger beep. On the side, meanwhile, is the button to start transmitting. It's not revolutionary, but with kids' walkie talkies, you want everything to be nice and simple. Children shouldn't have any trouble in operating these radios.

The TALKABOUT T42 also features an easy pairing button on the side. Hold this down simultaneously on all your radios, and as if by magic, they will tune themselves to the same frequency. That's undoubtedly a useful feature in any set of walkie talkies, but it's especially handy for models aimed at children. 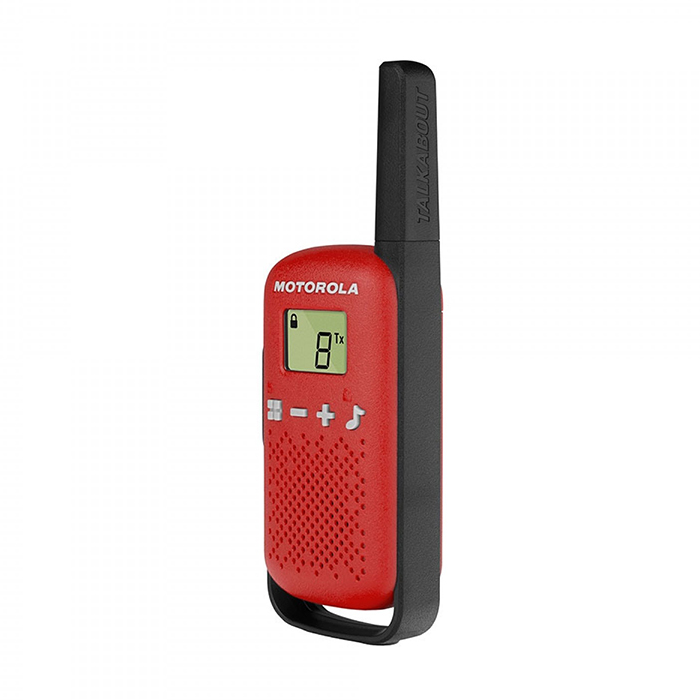 Other than the ease-of-use features mentioned above, there's not a lot more to the Motorola TALKABOUT T42. That's to be expected, though- these are kids' walkie talkies, so most standard extra features would only go to waste. By keeping things simple and streamlined, Motorola can ensure that these high-quality radios are still a very budget-friendly option. If you're looking for something a bit more feature-rich (and have a bit more to spend), then try the TLKR T92. While not as easy for little ones to use, it's a robust radio that's a solid choice for outdoor trips with older kids.

There is one unique thing about the Motorola T42, though. As well as the standard red and blue variants, it's also available in a triple pack, too. Each radio in this set is a different colour, and they each come with a sticker sheet for further personalisation- perfect for kids! 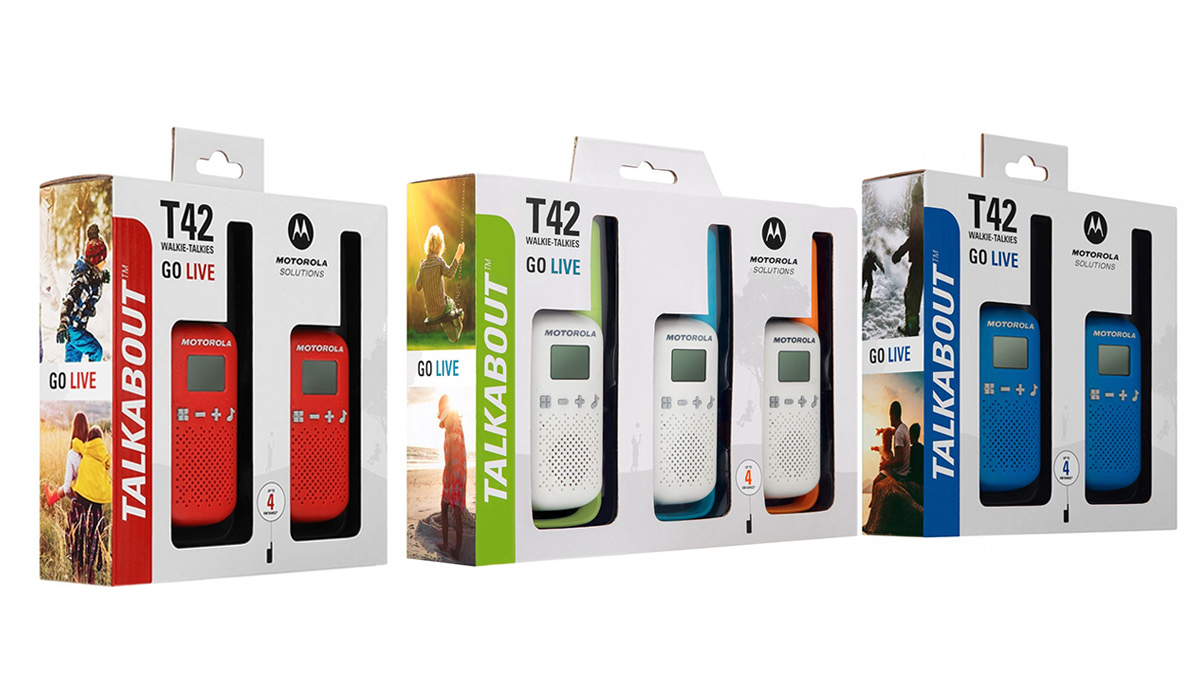 The Motorola T42 is undoubtedly the best kids' walkie talkie we've tested. It's solidly built, holds a signal well, and comes at a cost that anyone can afford. At this sort of price, you really can't go wrong!