Jabra have long been the market leaders in headsets. Here at liGo, we've always rated them highly for sound and build quality, and they are the headsets of choice for our customer service department. Not content to rest on their laurels, Jabra have recently updated their flagship Evolve range. The new Evolve2 range includes three different models: the Evolve2 40, the Evolve2 65, and the Evolve2 80.

Today, we'll be taking a look at the Jabra Evolve2 65. This is the mid-level model of the Evolve2 range, and while it certainly has an impressive spec on paper, it's not cheap. Is it really worth your money? We put it to the test with another in-depth product review. Read on to find out how we got on!

Technology is developing all the time, so it's only natural that brands will update the audio components in their headsets every now and again. However, Jabra have gone a step further with the Evolve2 65, completely redesigning the entire headset. Gone are the trademark red lines running either side of the headband, as are the silver earcups. Instead, the new-look Evolve2 65 is available in either black or beige. The whole headset is a single colour, which we think makes it look a little more sleek and modern than its predecessor.

The earcups have also been redesigned, and are now made from memory foam to ensure a snug fit. That also helps to make them comfortable to wear for long periods of time, making the Jabra Evolve2 65 a great choice for those who spend a lot of their time on calls.

The Evolve2 65 comes in both mono and stereo versions. We've covered the key differences between these in a previous blog post, but generally speaking, the stereo version is probably the better option. It's only around £10 more than the mono version, so unless you specifically want a mono headset, we'd recommend the stereo model.

Finally, the Evolve2 65 offers a very impressive 37 hour's maximum battery life for music playback, and up to 35 hours' talk time. That represents a serious step up from what most other wireless headsets provide. Even better, it takes just 90 minutes to fully recharge, and if you pop it in the optional charging stand for 15 minutes, you'll get another 8 hours of power. In practise, the charging dock can be a little fiddly to use, but 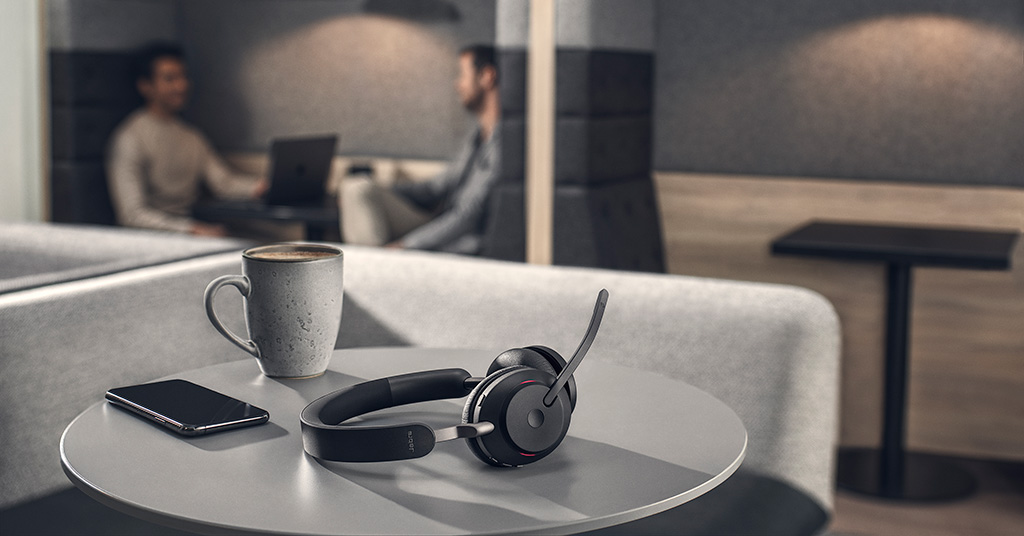 There are actually a wide range of different variants of the Evolve2 65. Which one you choose will largely depend on your device and conferencing platform of choice, but they are all equally easy to get to grips with. Most Jabra headsets offer simple plug-and-play set-up, and the Evolve2 65 is no exception. We found that the headset took just a few minutes to set up, from taking it out of the box to playing audio. Pairing up via Bluetooth is as simple as you'd expect, and the included Bluetooth USB dongle is easy to set up as well.

All versions of the Jabra Evolve2 65 are fully compatible with all major UC platforms. The MS version is also optimized for Microsoft Teams, with a dedicated Teams button on the side that can be used to jump in and out of calls.

Jabra have always been known for their excellent sound quality, but they have really outdone themselves with the Evolve2 range. Many Bluetooth headsets tend to either have good sound quality, or solid microphone performance, often sacrificing one got the other. Not so with the Jabra Evolve2 65, though. Thanks to the very latest in audio components, the Evolve2 65 is one of the best-sounding headsets we've ever had the pleasure of using. This means it's great for listening to music and watching films, too, as it provides dynamic audio with a real punch to it.

There are three microphones built into the Evolve2 65. Two of them are in the boom arm, while the third is located in the right ear cup. This extra power makes a real difference to the sound quality for the person you're talking to. At times during testing, it almost felt like we had someone speaking directly into our ears- it really is that lifelike. 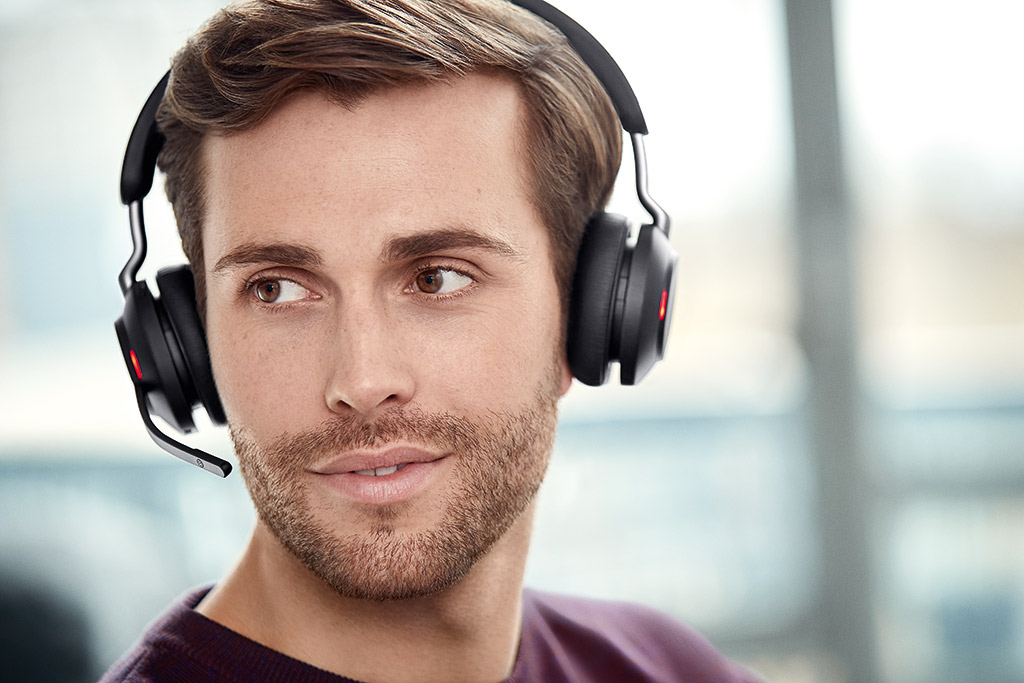 Jabra have also re-engineered the noise-cancelling technology used in the Evolve2 series. That's handy, since those three microphones could otherwise pick up a significant amount of background noise. As it stands, though, the Evolve2 65 does a great job of blocking out ambient sounds, so the person on the other end of your call will only hear the sound of your voice.

We mentioned the memory-foam earcups earlier on in this review, but they provide more than just comfort. Thanks to the snug fit they provide, they also block a good deal of noise from around you as well. Even before we started playing anything through the headset, we found that the stereo version was blocking out ambient noise. If you like to listen to music to shut off your surroundings and focus on the task at hand, then this headset is an excellent pick.

The Jabra Evolve2 65 is more than just its predecessor with a fresh coat of paint. Jabra really have pulled out all the stops here, to once again set a new standard for wireless headsets. Not only does it provide outstanding sound quality, but its advanced microphone setup ensures that calls sound better than ever for both parties.


This entry was posted in Reviews, Headsets, Headphones & Headsets and tagged Jabra on 22/06/2020 by Daniel.