The Jabra Evolve2 40 is part of Jabra's brand-new line of heasets. In the past, we've been highly impressed with both their sound and build quality. But is the Evolve2 40 up to their usual standards? We put it to the test in another of our in-depth reviews- read on to find out.

The original Jabra Evolve series was launched back in 2014. While these earlier models are still great headsets, technology has come a long way since. Instead of just slapping a new name on the previous models, Jabra have gone back to the drawing board for the Evolve2 series. Every aspect of the Evolve2 40 has been redesigned, and the overall design feels a lot more modern than its predecessor. It's available in both black and beige- we prefer the black, but it's nice to see some variety.

We found the build quality to be a bit more robust than the original Evolve 40. That's not to say that the older one was flimsy, but the Evolve2 just feels like it has a bit more substance to it. The ear cups are made from memory foam for a snugger fit. While this might sound like it could get uncomfortable after a while, we found it was actually an improvement on other corded headsets we've used in the past.

One feature we like about the Evolve2 40 is the mute function. Like many other headsets, it has a dedicated mute button. But you can also mute your microphone by simply lifting the boom arm. In practise, we found this works very well. It's a lot easier to do than pressing a button, and you can be sure that you've actually muted your headset- so no embarrassing moments when you're actually still on the call!

Finally, the Evolve2 40 comes with a a busy light on the side of the headset. This automatically switches on when you are on a call. However, it can also be turned on manually at any time, so even if you're not on a call, colleagues will know you don't want to be disturbed. 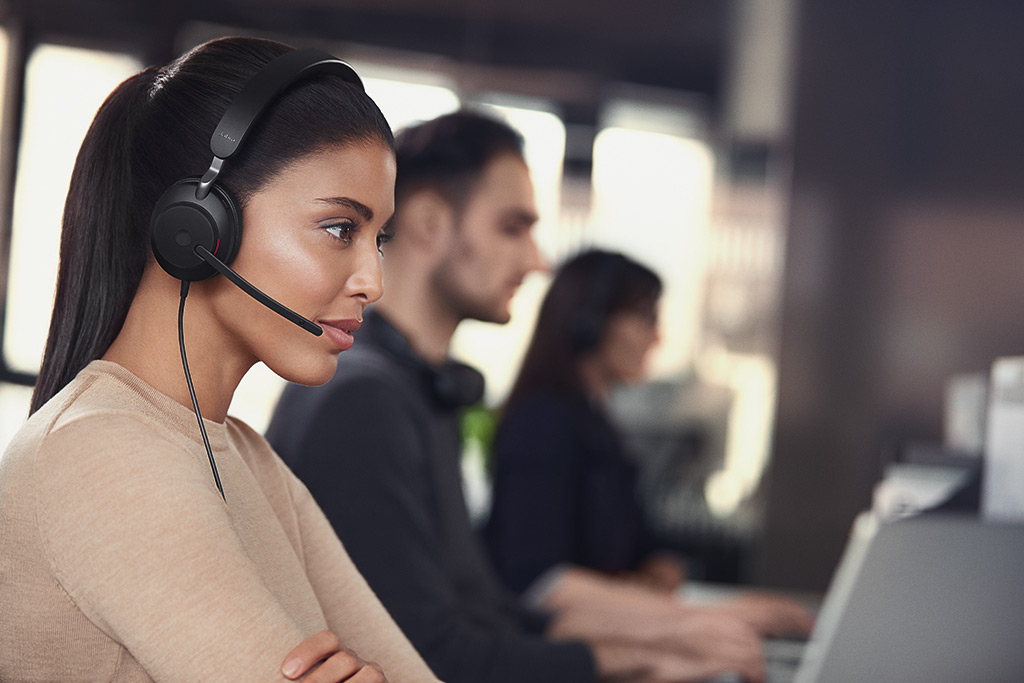 As with most corded headsets, the Jabra Evolve2 40 is incredibly easy to set up. Just plug it in to your device, and it will automatically set itself up so you can use it straight away. Both UC and MS variants work with all major softphone applications, while the MS version is optimized for use with Microsoft Teams. It also comes with a dedicated Teams button- making it perfect for hopping in and out of meetings throughout the day.

The Evolve2 40 comes in both USB-A and USB-C variants. More and more laptops are now being made with USB-C ports, as are smartphones and tablets. On the other hand, the USB-A variant will work with most PCs and Macs. Be sure to check which version is compatible with your device before purchasing.

So far, so good- but a headset is only as good as its sound quality. Jabra are known for the excellent quality of their headsets, and we consistently rate them above the competition from Sennheiser and Plantronics. The Evolve2 40 is no exception to that- in fact, it's one of the best corded headsets we've had the pleasure of using. It's especially good for listening to music, as it offers a real presence most other corded headsets lack. This means you can use it for more than just work, making the Evolve2 40 a solid all-rounder.

The microphone quality is also excellent. There are actually three separate microphones built into the boom arm, to ensure your voice is heard clearly. There's none of the harsh, electronic-sounding tone that many corded headsets create. Instead, the user's voice comes across naturally, as if you were having a face-to-face conversation. 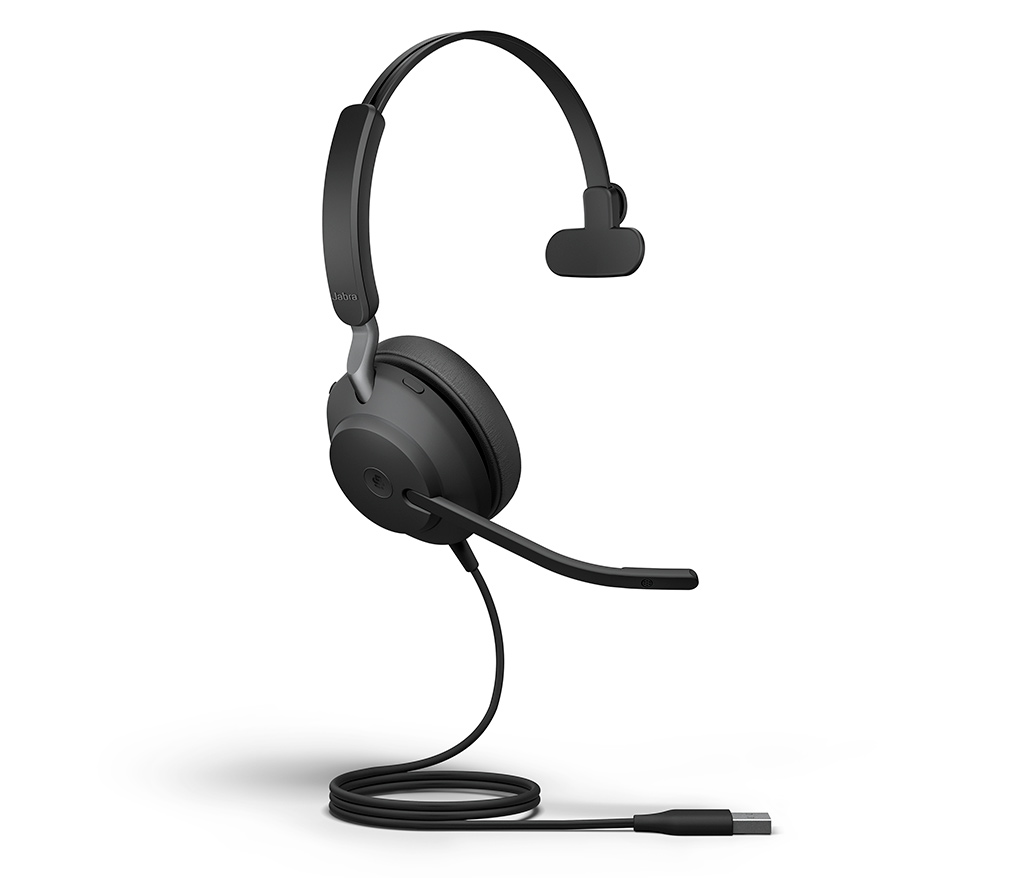 Like many Jabra headsets, the Evolve2 40 boasts advanced noise cancelling technology. This means that it won't pick up any background noise, so it's the ideal choice for busy offices. During testing, we found that it did a great job of blocking out even loud noises.

But it's not just the microphone that's noise cancelling. The ear cups of the Jabra Evolve2 40 have been redesigned to take advantage of the very latest technology. Memory foam pads shape themselves to your ears for the most comfortable fit. Not only does that help it to stay comfortable, but it also means that the stereo version isolates virtually all noise from around the user. That's great news if you work in a call centre!

With the Evolve2 40, Jabra have set a new standard for corded headsets. As one of the most advanced corded headsets on the market, this model is well worth considering. While it's not quite as advanced as its wireless counterparts in the Evolve2 range, it still provides superb sound quality and noise cancellation- at a price that's a little easier on the wallet than other Evolve2 models.


This entry was posted in Reviews, Headsets, Headphones & Headsets and tagged Jabra on 19/05/2020 by Daniel.