The Gigaset Hello Phone is the first new model from the German brand in some time. In past, we've been seriously impressed with their build and sound quality. Are their standards still as high with this latest handset? We put it to the test in our latest in-depth review. Read on to find out how we got on with it!

The Hello Phone CL390, to give it its full name, is part of Gigaset's designer phone range. That means it is one of the brand's more modern-looking handsets. Its sleek, slimline design set it apart from clunkier models of the past, and also make it much more pleasant to hold for long calls. While it may only be made of plastic, it's not cheap plastic- it's nice and smooth to the touch, and the buttons have a satisfying click to them when pressed.

The screen is fairly large for a cordless phone, and its high-contrast design ensures that the display is always nice and clear. For those whose eyesight isn't quite what it used to be, there's also a jumbo font mode to make things easier to read.

The Hello Phone comes with a standalone base station, which means you don't need to keep your handset next to the phone point. Instead, you're free to move it to anywhere within reach of a plug socket- making it all the more convenient for answering calls. 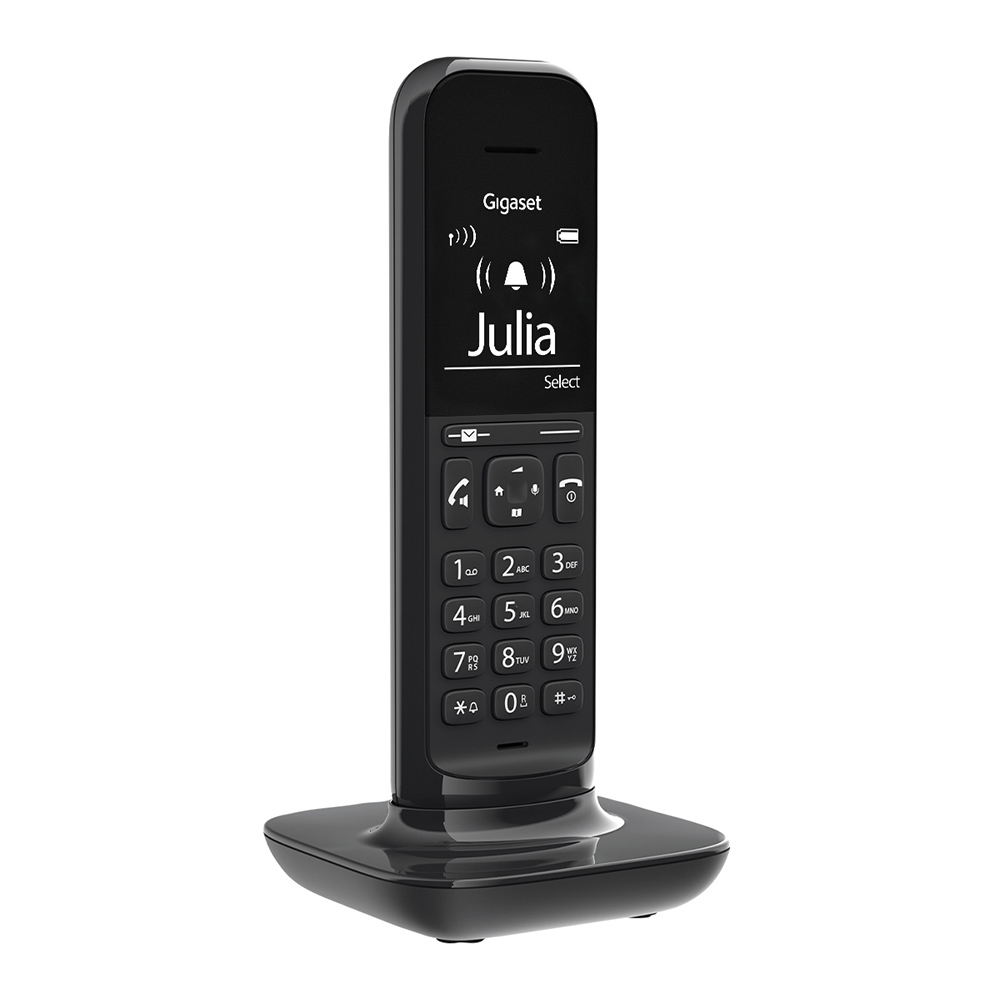 As with most Gigaset cordless phones, the Hello Phone is remarkably easy to set up. Just plug the base into the power and phone line, pop the included batteries into the handset, and you're ready to start making and receiving calls. If you're purchasing more than one handset, then you'll need to manually forward your phonebook to each handset. However, this only takes a few button presses, so while not technically automatic, it's still very simple.

We've always found Gigaset phones to offer exceptional sound quality, and the Hello Phone is no different. We tested it with calls to both mobiles and other landlines, and it never performed less than beautifully. There are two different amplifying acoustic profiles to choose from, which can make a big difference if you struggle to hear higher frequencies. It's also hearing-aid compatible, too. Coupled with the jumbo font mode and large buttons, this makes the Hello Phone a great choice for elderly users.

The Hello Phone also incorporates Gigaset's full-duplex technology. This cancels out the echo that usually comes with putting a cordless phone on loudspeaker. That means the phone sounds just as good on handsfree mode as it does on the handset itself. 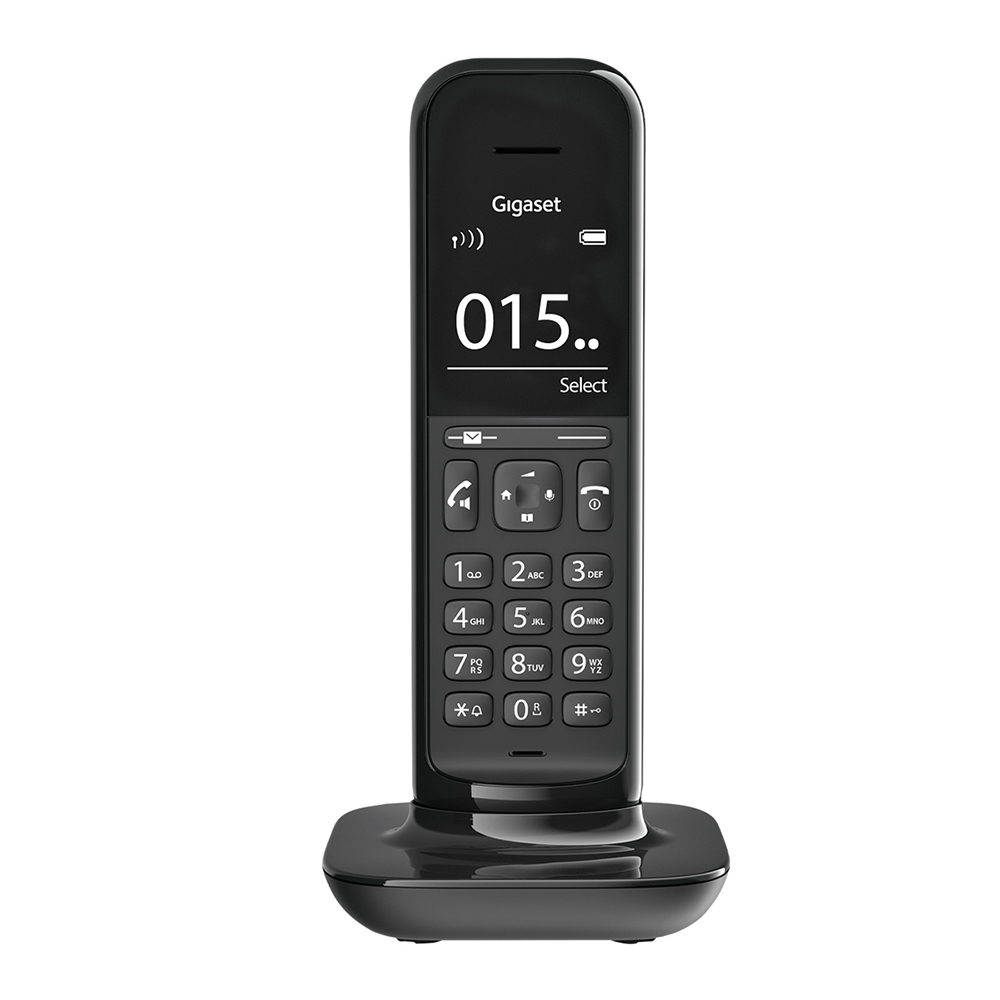 In theory, all DECT phones offer up to 50m range indoors, and up to 300m range outdoors. In practise, though, not all of them live up to this. Thankfully, the Hello Phone isn't one of those models. During testing, we found that the handset was able to get close to that maximum range before the sound cut out. Note, though, that thick walls can interfere with signal strength.

The standard version of the Hello Phone comes with a built-in answer machine. This has space for up to 20 minutes of messages- while not the most spacious of inboxes, that's still plenty of space for most users.  If you don't want or need this feature, then there's also a version available without answer machine.

The phone also includes a few nuisance call blocking features. First of all, there's the option to add a limited amount of numbers to a blacklist, meaning they won't be able to bother you. There's also the option to silence the ringer at certain times of day, while still allowing VIP contacts to get through. That way, you can enjoy some peace and quiet, while still being reachable in an emergency. 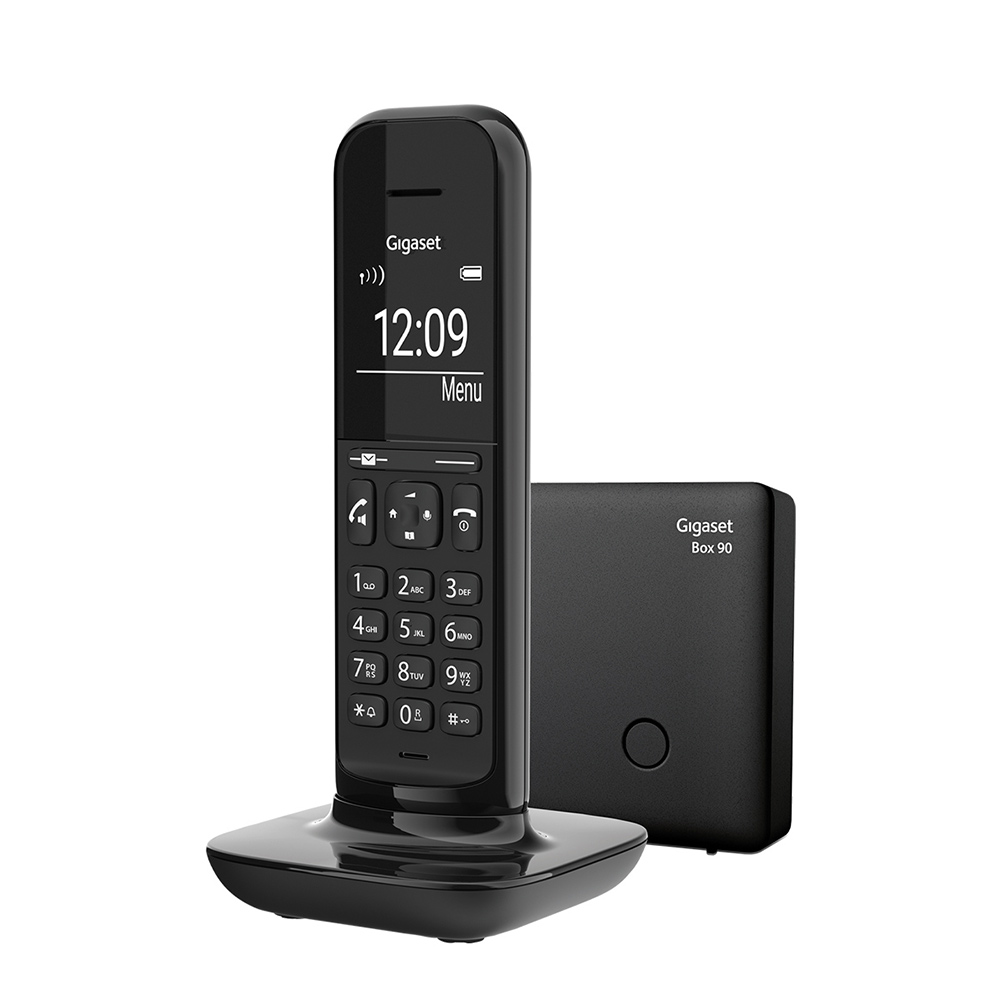 All in all, the Hello Phone CL390 is another solid performer from Gigaset. While not packed with as many features as some of their more expensive handsets, its high sound quality makes it excellent value for money. Available up to four handsets, it's an excellent choice for households of all sizes!