Audio Pro have been producing great-sounding speakers for 40 years now, but only recently turned their hand to multiroom. The Audio Pro Addon C3 is the centrepiece of their new Addon range. As well as a whole host of different connection options, it also comes with a built-in battery pack for portable listening. But does it live up to the brand's high reputation? We put it to the test in another of our in-depth reviews. 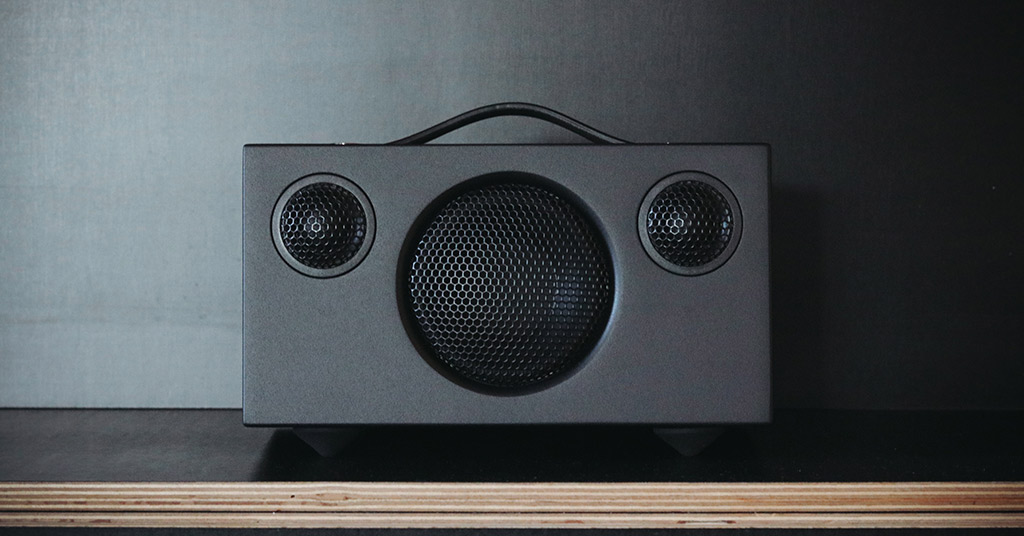 For many years, speakers tended to be fairly nondescript. That's understandable- when most people listened to music on CDs, there wasn't much call for standalone speakers. Nowadays, though, Bluetooth connectivity and music streaming have really opened up the market. That means brands are coming up with signature designs to help distinguish their products from the pack- and Audio Pro are no different.

The Addon range's USP it its distinctive speaker layout. With one woofer and twin speakers in an arrangement that looks a little like a koala, the C3 is certainly eye-catching. It's also available in three different colours- black, white, or grey, depending on your personal preference. If we had to pick one, we'd opt for the grey- it comes with a gold control panel, rather than the standard silver, which we like to think gives it a bit more character.

That control panel is simple but effective, with volume and input controls all neatly laid out. There are also four preset buttons, which we'll come back to later. The panel itself is made from high-quality aluminium, and is in keeping with the premium feel of the Addon C3. Coupled with the leather handle- embossed with the Audio Pro logo- it makes for the perfect finishing touch. 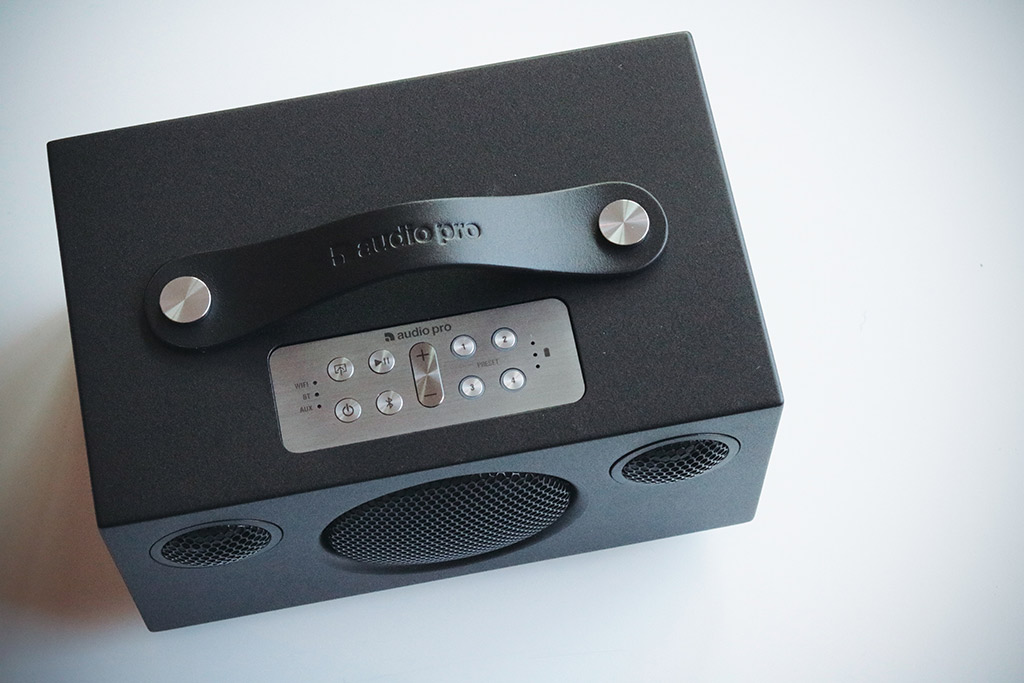 The Addon C3 is relatively small in size, but it certainly doesn't compromise on sound. With twin 75mm tweeters and a 9cm woofer, Audio Pro have packed as much as they can into the speaker's compact body. Thanks to a 25W total output, it's a lot more powerful than your average portable speaker. It can comfortably fill medium-sized rooms, and even at maximum volume there's not even a hint of distortion.

In fact, the Addon C3 provides a very open listen. It's punchy when it comes to bass (thanks to a specially tapered reflex port), but those twin tweeters ensure that high-end doesn't get lost in the mix. Whatever kind of music you like to listen to, you can be sure that the C3 will perform perfectly, every time. 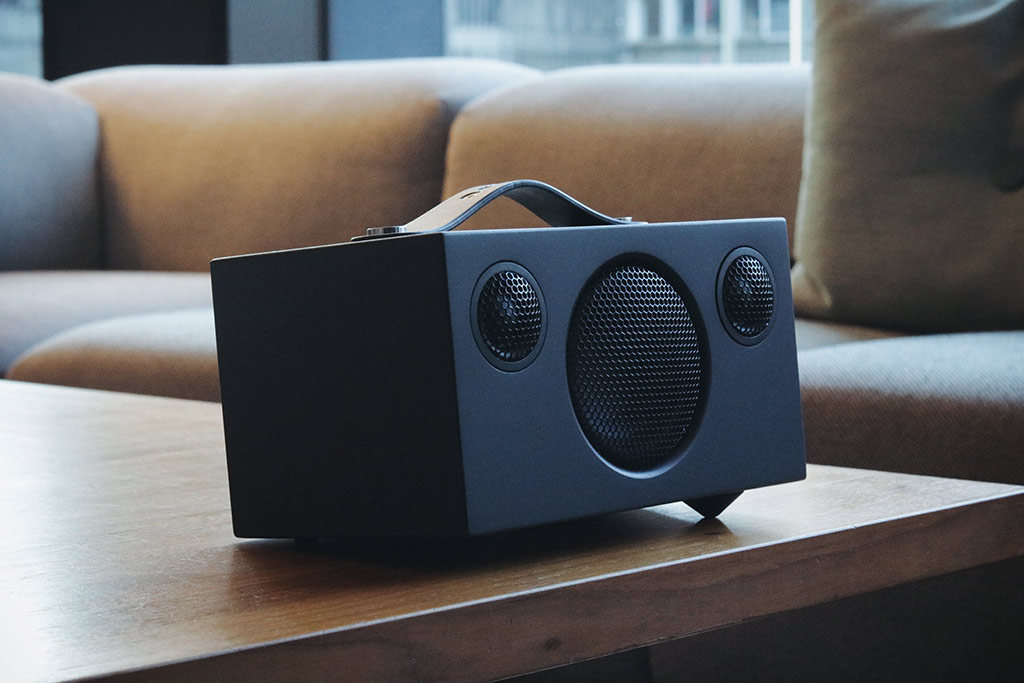 The main selling point of the Audio Pro Addon C3 is that it's multiroom compatible. As is the norm with multiroom speakers, it will only work with other speakers of the same brand. That's because it uses an own-brand app to pair up multiple speakers. The Audio Pro app can be a little temperamental, but it gets the job done, and you won't find yourself within the app itself very much anyway.

Earlier on we mentioned that there are four preset buttons on top of the Addon C3. These save both internet radio stations and individual playlists, putting all your favourite content right at your fingertips. We saved BBC 6Music to one of them, and a few different genre-themed Spotify playlists to the others. 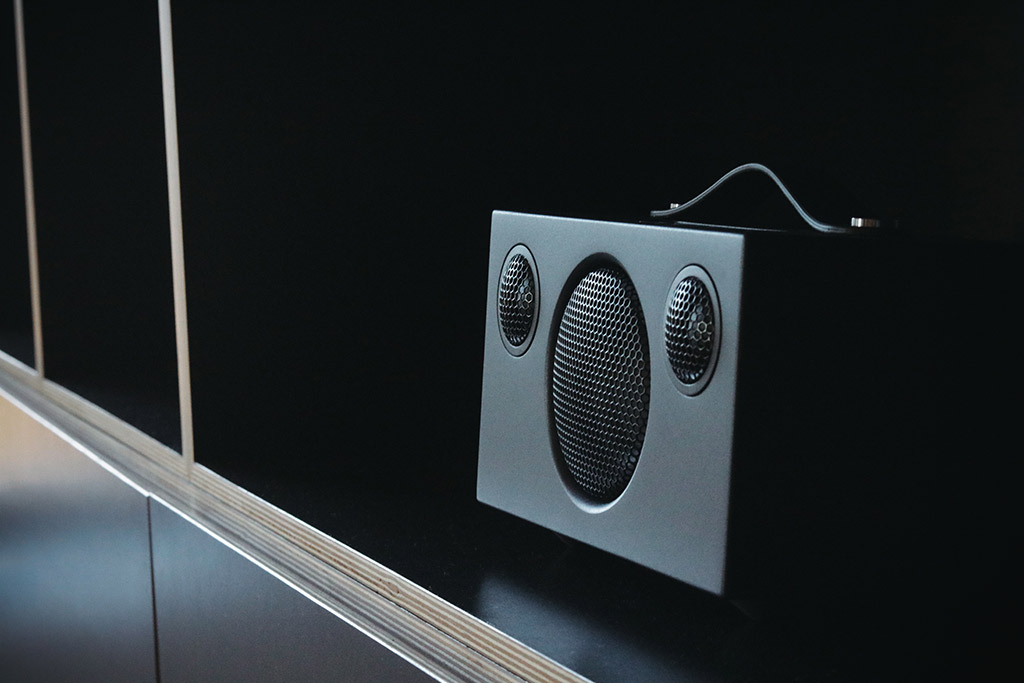 The Addon C3 also has a built-in rechargeable battery. At half volume, this offers up to 15 hours' listening time before you'll need to power up. Of course, turning the speaker up past that will cut down the battery life. It still provides a solid 8-9 hours at full blast, though- enough to last us the whole working day during testing. Since the Addon C3 has Spotify Connect built-in, you don't even need to take your phone out of your pocket to start listening- the speaker itself streams directly.

Good news for Apple Music users, too. The Addon C3 includes Airplay support, which is somewhat unusual for a wireless speaker. And if you want to play music directly from your device, there's also Bluetooth connectivity, as well as an aux-in port on the rear of the unit. There's an ethernet port back there as well, to offer a more stable connection than WiFi provides.

We're so impressed by the Audio Pro Addon C3 that we've named it the best multiroom speaker of 2020. With outstanding sound quality and a wide range of functions, this is more than just your average speaker. For this kind of price, the Addon C3 just can't be beaten.