A Brief History of the Baby Monitor

Today the baby monitor has become a device which parents are practically expected to own. You can find baby monitors on the list of just about every new parents must-have's.

There is good cause for all of this: having an ear (or even an eye) on what your child is doing when their alone can be an invaluable tool in preventing mishaps and even ensuring you never miss beautiful, private moments to be cherished for a lifetime.

Additional Reading: These 5 Images Make a Compelling Case for Owning a Baby Monitor

Yet this wasn't always the case. Less than a hundred years ago, the concept of a baby monitor was utterly unheard of, and less than fifty years ago it was still a rarity. So what happened? Let's take a look at a brief history of the baby monitor to get an idea of what changed. 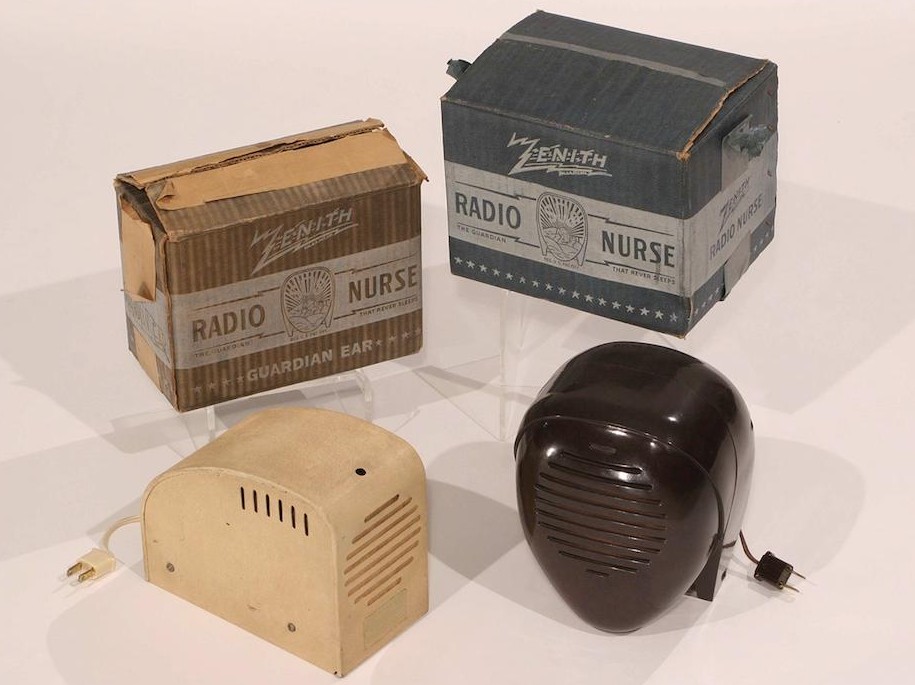 The basic technology on which the first baby monitor was based grew out of the developments in radio technology which took place throughout the First World War. By the 1920's, radio broadcasting had become a popular and widely distributed medium, and all of the pieces of the puzzle for making a baby monitor were publicly available.

Yet it took until 1937 before the first baby monitor would be commercially available. In 1932, the kidnapping of the Lindbergh baby (an incident widely reported in the American media,) inspired the president of a company called Zenith to experiment with a primitive baby monitor system in the hopes of keeping children safe from these types of incidents.

The First Commercial Version of a Baby Monitor

The president of Zenith, Eugene McDonald, first put together an improvised system of microphones, speakers, and radio equipment which allowed him to monitor the noise in his daughters room. After assuring himself that the concept worked, McDonald gave the task to the engineers at his company to develop a commercially viable version. With the help of Japanese designer Isamu Noguchi, the iconic look of the Radio Nurse was created and a simple, streamlined baby monitor system made its way to market.

Unfortunately for Zenith, the Radio Nurse suffered commercially and had issues with radio interference from other sources. It never took off, but it paved the way for the modern baby monitor.

The Rise of the Video Baby Monitor

Looking back to the first baby monitor, we can see that not much has changed for the basic audio baby monitor. LED sound indicators, talk-back features, and other neat bells and whistles have made them more versatile, but overall the basic principles are the same. Construction is certainly better, with clumsy vacuum tubes replaced by more reliable modern electronics.

The major development in the modern baby monitor has come on two fronts: videos and computer integration. With the rise in capabilities of cameras, many parents are opting to have a complete audio visual picture over their child's room. The burst in capabilities has given the market tons of cool toys like night vision, smart phone integration, powerful HD cameras, and much more.

The Latest and Greatest

See first hand where the evolution of the baby monitor has delivered us with a look at our Best Baby Monitors of 2015.